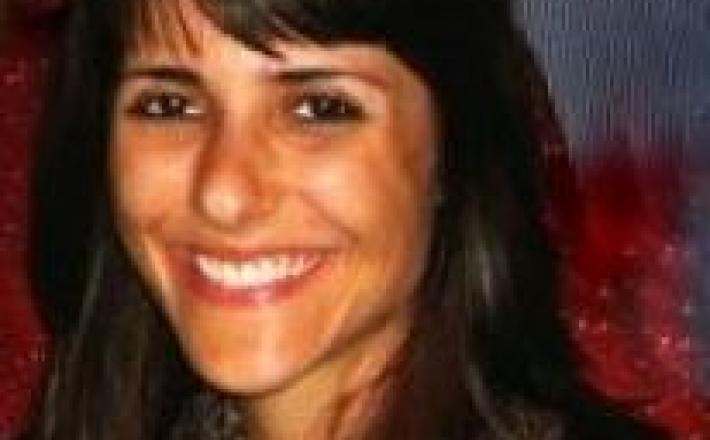 I can say that the subject of politics has always provoked me, in a good and a bad way. I have always liked to discuss it, but at the same time I would be very disappointed with several of its issues. I was born into a politically-informed family  and almost always eager to discuss it. My family lived through the fear of persecution during Brazil’s military dictatorship. I suppose that this made them very concerned with the political trajectory of our country. Since I was very little my parents took me to the emerging left-wing political demonstrations - let me just say that I was born after the end of the military regime - and somehow I was introduced to thinking about matters of justice at a very young age. I came to understand what politics really meant years later, but I can say that those early factors influenced me to pursue a bachelor’s degree in International Relations, a Master’s in Political Science and now a Doctoral Program in Political Science.

I can imagine that a lot of students of humanities and social sciences in Brazil share this common past. However, I would like to talk about my incursion into feminism and gender studies. I would like to talk about this because I believe my true engagement to politics began after my contact with feminism. And by true engagement I mean that only after thinking about feminism, women’s rights and gender, could I actually understand some essential theoretical political concepts such as citizenship, justice, equality and freedom.

As a young girl, I always wondered what I would do when I grew up. I thought of being an adventurer in a motor home, a detective, an air plane pilot and many other “not so suitable things” for a girl. But my family never rallied against any of my wishes. These were just facts: I saw several examples of adventurers, detectives, and pilots and they were all male examples. At that time I just would not think that because I was a girl I was therefore different from these male examples, and for this reason the idea of impossibility never occurred to me.

As a teenager, I tried to remember what I wanted to be when I was a child. And then I realized that I had never suffered any sexist restrictions in my childish desires: I wanted to have traditionally male professions and I didn’t fight any barriers to do that. For that reason, I thought that since I didn’t have a sexist mind I shouldn’t worry about feminism or anything related to it.

As an undergraduate, I kept thinking feminism should be discussed only when the conditions were of extreme inequality between male and female. I remember a Professor saying that there were feminist theories about international relations but they were not worth reading.  Then, I understood that feminism was not exactly neither a political theory, nor a subject of humanities and, logically, not worth studying. I thought about women’s fragile rights, of course. But in my naive mind, these issues existed only in Muslim countries that didn’t consider women as equal citizens. I thought women had already conquered all their rights where I lived.

After some years of experience and realizing that gender inequalities did exist in the Western world, and that they actually came to exist in my beautiful, sweet life, I began a Masters in Political Science. At that time I was aware of discussions about women’s bodies, the rising risks of rape and domestic violence and the objectification of women in mass media. I had realized that women’s rights issues were not solved with the women’s right to vote, and that almost every girl and woman faced sexist situations everyday. When I began my Masters course, I intended to research Media and Brazilian Foreign Policies. At that time I met my advisor, whose ideas and research lines soon involved me. She was the Gender expert in the Program and she was the one responsible for making me see that feminism was indeed necessary in Political Sciences. After this, I gave up my initial research project and decided to study the Burqa Ban Law in France from a feminist perspective. I wanted to understand more deeply how Muslim women's lives were established in a liberal secular European State. I was curious about religion, about islamophobia, about multiculturalism and mostly about how feminism would manage all these factors.

At this point I was totally involved in feminism and gender studies and I was sure that they would be part of my life forever. I began reading several feminist authors; I talked to people about women's rights, about the risks of patriarchal societies and about gender equality. I have always liked cinema and I also began to think of feminist film analysis. I thought that films were a good way of promoting discussions about inequalities, justice, gender oppression, and so on. I soon began to organize cinema sessions which brought feminism to discussion.

I applied for the Doctoral Program in Political Science and I happily ranked second place.  I am now researching the emergence of a strong group of evangelical deputies all over Brazil and the risks of their political projects to feminist movements and women's rights. I fear that Brazilian democracy might slowly give place to Christian fundamentalism. We urge the analysis of whether women and LGBT might lose rights and respect from now on.

I have presented some lectures regarding gender in some undergraduate classes and every time I do so I become surer that teaching has to be part of my life. I believe that my own personal political engagement motivates others. Mostly, I believe that being a feminist willing to talk to friends, family and students about gender inequality is something that makes people think. So this is my engagement to politics: I research gender issues and feminism, I think about them all the time, and I discuss them with people.  It is a minute task which doesn't bring fast results. But if you ask me if it is worth, I will tell you: meanwhile is the best I can do to make this world better. It’s about democracy, justice and equality for everyone.