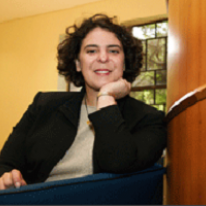 Dr Sonia Palmieri is a consultant in gender and political leadership, and was formerly the Policy Specialist on Political Participation at UN Women in New York. Prior to this, she established and managed the Pacific Women’s Parliamentary Partnerships project to support the capacity of women parliamentarians in the Pacific. She is the author of several publications in the field of gender and parliament, including IPU’s (2011) Gender Sensitive Parliaments: A global review of good practice and the OSCE ODIHR’s (2013) Comparative Study of Structures for Women MPs in the OSCE Region.