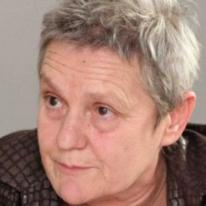 Sonja Lokar is a sociologist and a specialist in political party development, social welfare state issues and gender issues. She has published more than 300 articles in Slovene, Croat, English, French and German languages. She was active as a researcher and political analyst. Lokar was also a Member of Parliament, elected in the first multiparty national election in Slovenia in 1990-1992.

Currently Sonja is an Executive director/coordinator of the Ljubljana SEE regional Office of the CEE Network for Gender Issues. She is also one of the initiators of the Stability Pact Gender Task Force and its chair since1999. She cooperates with various organizations (incl. OSCE, WB, NDI training programs and election observation missions).