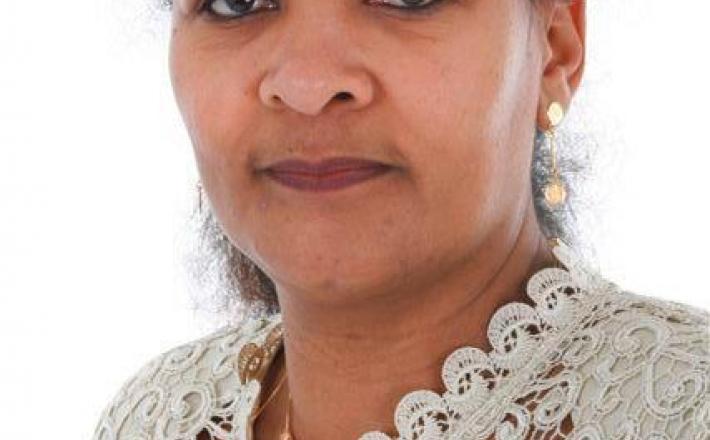 Dr.Ameena Alrasheed speaks to us about women, peace and security and the implementation of UNSCR1325 in the Middle East and North Africa region

What measures can/should be put in place to guarantee women’s political participation in post-conflict countries?

Starting from the negotiation table and we should as well make measures similar to the affirmative actions in political elections. Peace negotiation should talk force only with fair representation for women. Peace negotiations and conflict resolutions are mechanism to help building peace and ending wars and miseries, and it is essential to acknowledge women’s role in these processes, as the bearers of the wars and conflicts hostilities, they should as well be in front of the cohort that set the records in ending it.

The discontent with the beginning of many peace talks was evident, where for example in the negotiation and the CPA of Sudan and south Sudan, despite the promises the peace negotiation ended with very limited representation of women, Darfur case is similar and many other cases around the globe. The perspective that the United Nations has failed women was accurate and clear, where there were no measures strategies of mechanism that can secure women/s place in the negotiation table, hence, women political participation was limited accordingly.

· Concrete measures that women should be at the negotiation tables first

· Affirmative action’s obliging the political parties, states and societies to pave the way for women to assume political offices.

· Strategies that understand the social setting and can secure women’s place in politics, it is not enough to have many women standing for political office, what is important is to secure them places in the political process,, and this will not take place without challenging the social structure in many of our societies namely the intrinsically patriarchal structure

· Mechanisms and measures that come from women themselves, who understood better their environment and their surroundings, consulting these women is essential and crucial in reaching an effective way and measures to secure women inclusion.

Are there examples of where women’s participation improved a peace process?

I am afraid I will not be able to say an absolute yes, as it was noted earlier that despite the fact that the UNSCR 1325 is a great and wonderful resolution however, it is far from been implemented, and women are far from being able to grasp its merits.

What can women politicians do to guarantee their seat at the negotiating table? What do you believe women can offer in these situations?

Women can offer a lot if they were given the space to perform and to contribute, women’s cognitive structure would have found a space to breath and to function then, women can effectively boost peace agenda’s as well as development agenda’s that impact their lives directly, starting form impacting the public policy, services provision, welfare and children issues, etc.

Women’s weapon is their resilience’s, persistence and struggle, that is all what they have, and in the process women make alliances and pressure groups that held high their demands and keep the fight to fulfill it.

What do you think is the impact of the political unrest on violence against women and girls in the region?

The most vulnerable are women and children and this is not because women cannot defend themselves, but rather because the societal systemic structure of patriarchy did not allow them to excel and it disempowered them, to the extent that any political unrest, conflict or war will have the first victims among them. They are vulnerable economically, and bankrupted politically by the same structure so they lack the means to conquer and to challenge any conflict situation that might emerge. Political unrest aggravates the misery of women, and boost the level of violence against them.

How have women responded to the growth in violence against women and girls?

Great responses and great mobilization took place since Beijing, and it continued across the globe, women are constant fighters and they will continue the same path. CEDAW first then 1325 what a progress….now we need to move forward day by day to see the lights of these resolutions been really implemented, and we may as well come up with more measures, and approaches to combat violence against women and girls, women’s global communities, are rich and innovative and they are able to bring sound changes when they gather discuss and debate these issues.

What about governmental efforts to address violence against women?

Governments have made substantial contribution and sturdy efforts to address the issue of violence against women, most of the countries around the world have committed to proper implementation of laws and accountability of State actors to end violence against women, and to implement the criminal code, introduce further amendments and ensure sensitization and training of members of the judiciary, to address violence against women and girls. Countries around the world have as well made further pledges to improve access to justice for vulnerable women, survivors of domestic violence, by eliminating unaffordable court fees and by enhancing free legal aid services.

Has UNSCR1325 served as an important guideline for the mitigation of violence against women in situations of unrest and their later inclusion in the peacebuilding process?

It certainly did, 1325 helped women in bringing in their voices, and in being part of the peace building processes. Women presence impact the peace processes, and also help in boosting the domain for peace and sustainable development process, as limited as it may appear, UN 1325 contributed in violence mitigation and paved the way for women to be part of peace negotiations, which is a step forwards in women’s inclusion.

To what extent has UNSCR 1325 been effectively implemented?

It has NOT been effectively implemented up to the moment, when we address issues of women inclusion we need to remember that the patriarchal structure we are talking about is overriding and prevailing at different levels, and at the high political level of negotiation and mediation and peace building itineraries, women inclusion face resistance and rejection most of the time, and the approach through which the UN attempted to implement the resolution is no difference than the resentment found at different political levels. Not standing firm in terms of its implementation is in a way or another giving in to dominant patriarchal structures and to perception that portrays women’s views and opinion as alien to the powerful masculine political processes. We all recognize the powerful patriarchal structure where ever we are, and the UN as guardian of such wonderful resolutions in itself still suffers from the backlashes of dominant masculinities in its structure. Women have to fight and to challenge and to situate knowledge about their capacities and abilities to lead even within the UN system that advocates these resolutions, so the struggle continues.

How can UNSCR 1325 be better promoted and more effectively implemented?

Guarding and preserving the parameters of the resolution is an important and essential step towards appropriate implementation of the resolution. Many examples show that the actors during many peace process and negotiations, while asserting the importance of women contributions, have in reality backed up and reversed the momentum towards reducing women’s participation and even neglecting their contributions.

The resolutions articles are vibrant and clear, Reaffirming the important role of women in the prevention and resolution of conflicts and in peace-building, and stressing the importance of their equal participation and full involvement in all efforts for the maintenance and promotion of peace and security, and the need to increase their role in decision- making with regard to conflict prevention and resolution,

And recognizing the urgent need to mainstream a gender perspective into peacekeeping operations.

The mainstreaming process needs to be revised and alternatively implemented, the training by itself is not enough, real example of implementation and securing women presence need to be shown, and followed.

To understand the impact of armed conflict on women and girls, effective institutional arrangements to guarantee their protection and full participation in the peace process can significantly contribute to the maintenance and promotion of international peace and security. Such participation need to be fulfilled under the guidance of the UN and not to fail women, by excluding them. ,

If we are to ask the member States to ensure increased representation of women at all decision-making levels, we opt as well to live by example and do the same the UN levels, so that our interventions are credible and real

The SPA need to have an affirmative action attached no on paper only. It is also not enough to have what is called a gender component on field operations, what is needed is a robust gender perspective into the administration of the field operation itself not and add and stir strategy that does not secure appropriate representation nor does it bring women cognitive style into the process.

While an appropriate financial, technical and logistical support for gender-sensitive training efforts and gender mainstreaming, should be well in place, an accountability process should be active and corporeally present. Thank you