Interview from the Interparliamentary Union (IPU) with Anne-Marie Lizin, President of the Belgian Senate 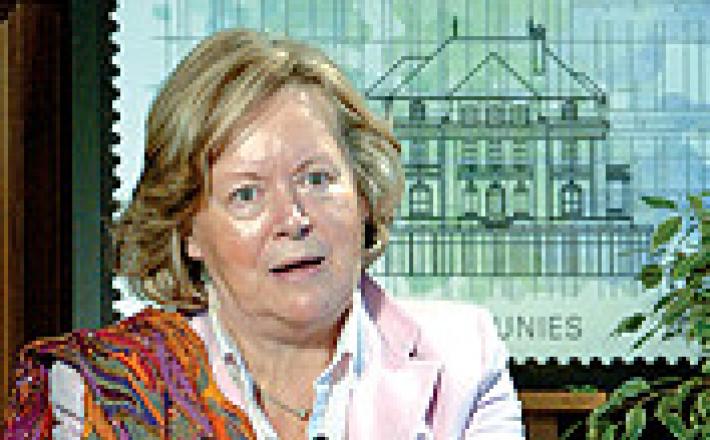 Ms. Anne-Marie Lizin is the first woman to preside over the Belgian Senate. Prior to taking up that position, she was a member of the European Parliament and a member of the Belgian Lower House. Opening the meeting of parliamentary gender committees, convened by the IPU at The House of Parliaments, she explained the importance of establishing committees on gender issues and elaborated on how women are struggling to achieve parity.

IPU: Despite your tight agenda, you came to Geneva before going to Washington…

I was particularly interested in this seminar. Today, there are 60 parliaments with a committee on gender issues. That means that women in parliament are trying to work together to overcome differences between political parties. All of us know what local politics means and that it is not easy to overcome differences, but it is very important to try and do so. There is a positive trend towards the creation of a special mechanism for achieving equality between men and women or for improving the situation of women.

IPU: Should political parties be more involved in this issue?

Political parties are very important. We have to press for change at the local and parliamentary levels so that we can show that women in politics are doing something different. At least we can share a common position: that men and women are equal. In these committees, women and men legislators can address issues such as quotas or parity. In Belgium and France there is talk now about parity.

It was first directed to participation in lists of candidates at all levels of election. It was not easy, because parity is a sensitive issue in any parliament, but it must be the goal for each one of us. The crux of the problem is the power within parliament. Parliaments that want to be powerful can do so, at least immediately after an election, when a majority is needed to form a government. And women legislators who want to play their role can do so. This is the way to change the mentality in a country for the future.

IPU: Why is it important to have more women in parliament?

Because they will reflect on and propose laws along the lines of equality, which is very important for the advancement of society. Laws on violence against women are an innovative measure in parliaments. Such laws penalize violence against women and create a sense – within the police and the justice ministry – that domestic violence cannot go unpunished. This is a novelty in Europe and in other countries. Other examples include combating female genital mutilation and promoting the rights of women migrants in wealthy countries.

IPU: Can tradition be a barrier to women’s empowerment?

In some cases, tradition underlies the difficulties encountered and justifications advanced for differentiating between men and women. Often, it is used as a powerful tool to justify weakening women’s positions. Nowadays, in the 21st century, there is no longer a man anywhere who does not know that his wife is his equal. Yet some men pretend not to know that, saying that God said this or that, citing such and such a book or referring to some practice or the other. Everywhere men know that we are their equals and those are just delaying tactics to put off the time when they will lose a bit of their power.

IPU: Do we need to work closer with traditional and religious leaders?

Yes, everyone needs to be sensitized, including traditional establishments, religious leaders, kings and traditional leaders. We have to convince them that their girl children need to overcome illiteracy. The role of religious institutions is important because four centuries ago in Europe and in other parts of the world still today, religious institutions were afraid of losing their domination and ability to provide guidance – which are elements of revealed religions, and therefore not subject to question at a first glance. One must be allowed to question them while respecting each other’s choice. Religion is a personal choice and not something that should be imposed.

IPU: In western countries, the presence of women in positions of power has been virtually non-existent. That is changing today with the arrival on the scene of Ségolène Royal, Nancy Pelosi, Hillary Clinton, Angela Merkel and yourself. How would you explain that shift?

I can only speak for myself. I think that societies in which the majority of citizens are older allow women with experience to accede to power. These are not young women of 25 years who gain power, but women who have a long political career and who know what making decisions in delicate situations means. Nancy Pelosi is a good example. Today there are mature societies that enable women to take up leading political functions. See also page 8.