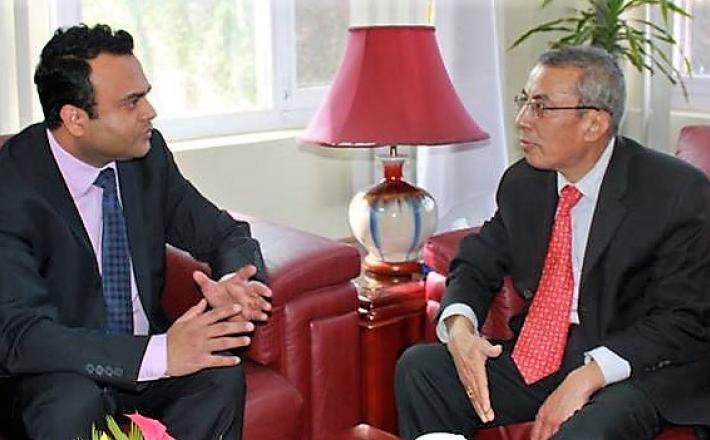 According to its charter, one of the founding principles of SAARC is awareness of common problems, interests and aspirations of the people of South Asia and the need for joint action and enhanced cooperation. There are a number of gender specific issues that are common across most Member States serving as barriers to girls’ education. These include early marriage, sexual harassment/eve teasing, malnutrition and the low proportion of women teachers resulting in low number of girls progressing to higher levels of education.  Education of girls plays a pivotal role in achieving gender equality. How are member states co-operating to address this issue? What role is SAARC playing in addressing this issue?

On 11th May 2016 in New Delhi, the SAARC nations agreed on setting up a uniform child helpline in the region even as India offered support to South-Asian countries in expanding and upgrading their child helpline services to check violence against children.

The decision was taken during the three-day meeting of the South Asia Initiative to End Violence Against Children (SAIEVAC). The ministers and delegates from SAARC nations agreed to cooperate on information, communication and technology initiatives to trace missing children on the lines of Track Child and Khoya Paya missing child tracking web sites.

In addition, under the SAARC education 2030 agenda, it was proposed to organise regional consultations for the formulation of policies and strategies as well as partnerships among SAARC Member States to ensure lifelong learning opportunities for all – children, youth and adults - from early childhood care and education to tertiary education. It was agreed, among others, to:

The three-year Action Plan adopted by the SAIEVAC Governing Board amply addresses the issues of domestic violence; sexual harassment and child marriage.  The Member States are required to take necessary measures to overcome these problems.

During the Seventeenth SAARC Summit, the Inter-governmental Expert Group proposed to constitute Gender Policy Advocacy Group (SAARC- GPAG) to drive regional movement forward for Gender Equality and Women’s Empowerment, in line with relevant regional and international commitments and Convention on the Elimination of All Forms of Discrimination against Women (CEDAW) Concluding Observations. Can you explain the work of SAARC- GPAG and its achievements?

The first meeting of SAARC-GPAG was held in Islamabad, Pakistan from 26-27 July 2015 and the Group identified the various thematic issues of common interest under Key Priorities for GPAG for the three years Action Plan. These priority areas are:

The Group also recommended SAARC Secretariat to develop a detailed Action Plan for the next three years, with technical assistance from a Gender Specialist. The Action Plan has now been developed and will be put up for further discussion and approval in the second meeting of the SAARC GPAG. Once endorsed by the higher bodies, all the Member States will implement this Action Plan.

In the meanwhile, this Action Plan has been endorsed by the SAIEVAC Governing Board. The SAIEVAC Secretariat has approached all the Member States to align their national plans of action with the proposed regional Plan of Action.

In most of the member countries of SAARC, incidents of domestic violence and sexual harassment are punishable by the existing laws. Child marriage is discouraged in all the Member States of SAARC, while there are still cases of child marriage, in particular, in remote areas of the region.

Equitable participation of women in politics is a key factor in achieving overall gender equality. Aggregating the Inter –Parliamentary Union figures for number of women in each parliament, SAARC states seem to have a combined 472 women MPs in lower or single house out of a total  2434 MPs corresponding  to 19.39% which is  lower compared to world average of 23.0%, and demographics -combined female population in SAARC member states is around 48.6%. What measures need to be taken to achieve the balance?

As a priority area of the SAARC Gender Policy Advocacy Group, the 3-year Action Plan recommends a set of actions to be taken at the regional level and also at the national level. These will include some action points such as;

As per the newly adopted constitution of Nepal, the women’s representation at the Parliament should be at 33%.