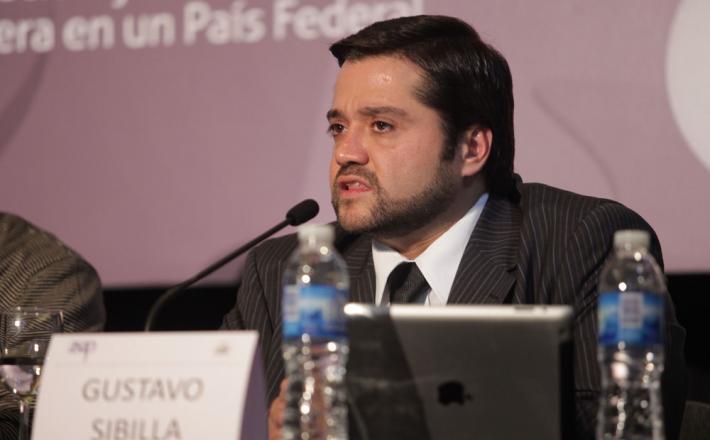 The Buenos Aires Herald published its interview with the research director of ASAP (Argentine Association of Public Budget and Finance Administration) Gustavo Sibilla on 2 June 2016. Here is the interview:

How many women are in public office in Argentina today?

If we consider the “general universe” of public office, female representation is in line with the wider demographic since they make up 50 percent of the labour force, excluding security and police forces. However, women are under-represented in high-ranking positions in the Executive branch since they represent only 22 percent of those positions in the national administration. This unequal proportion is common to both the previous administration of Cristina Fernández de Kirchner and the current Mauricio Macri government.

The Macri administration increased the number of high-ranking positions from 244 to 300. Female representation, however, remained roughly the same. In 2011, women held 54 top government positions out of a total of 244, while this year, 66 women are serving as ministers, secretaries and deputy-secretaries out of a total of 300. This means there are only 12 women more holding such positions.

What about ministers, specifically?

Macri’s ministries are more male-oriented than during the CFK era. Starting in December, only 14 percent of ministers were women compared to 19 percent in 2011. That low proportion is also seen among secretaries and deputy-secretaries. In 2011, there were only 11 women heading 82 secretariats, while five years later the figure was nine out of 70 — this represents 13 percent in both administrations.

Overall, what access do women have to top government positions if we compare the CFK and Macri administrations?

Female participation in public office has been demoted as we see more women acting as deputy-secretaries (27 percent compared to CFK’s 26 percent), but a lower percentage of women are now holding ministerial positions.

Are there any aspects that have an influence on the decision-making power women have in the administration?

Well, we had a woman as president during the previous administration who had a special sensitivity toward gender issues. On the other hand, female participation during Macri’s tenure as Buenos Aires City mayor was strongly focused on (former lieutenant-mayors) Gabriela Michetti and María Eugenia Vidal. Today, the only woman coming from a previous tenure as City minister is Carolina Stanley, who heads the Social Development Ministry.

How do you assess the fact of having a female governor in Buenos Aires province, and women heading the vice-presidency and the Security Ministry?

I believe (María Eugenia) Vidal’s electoral victory in Buenos Aires province had more to do with the negative image of her opponent than with her own political work in the province. Let’s remember that Macri wanted Gabriela Michetti to be the PRO party candidate in the district, which led to a political crisis within the party.

Do you consider this under-representation to be a steady or a flexible trend?

We believe this under-representantion is going to change, because women already make up half of the labour force in public office. In other words, women “have their half” overall, but they lose representation as we climb up through the hierarchy.

Are there departments that are more female-oriented than others?

How strong is the culture of machismo in today’s Argentine society?

There are many remnants of machismo in our society — in politics, science, unions and business chambers. There are certain Spanish roots (in Argentine society) which lead women to play a very limited role. Women began to vote (only) in 1949. So in that sense, Argentina still has to grow up.