President of the Organization of Women’s Freedom in Iraq 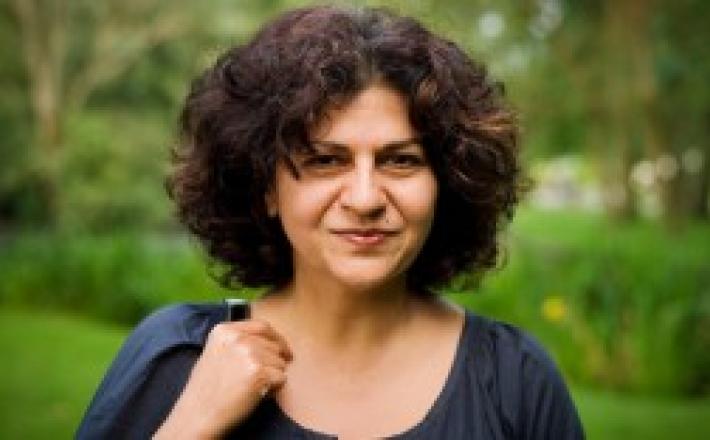 You were in Canada, in 2003, and yet you decided to go back to Iraq to create the organization, can you comment on that?

Yes, I came back to Bagdad where I met other women with whom I decided to create the organization. We established together our mission, ideas, plans, actions, and I came up with the name. The name actually says a lot about our vision, goal and mission. We aim to achieve equality between men and women and get rid of misogynist ideologies and practices in Iraq.

How do you see the future for women in Iraq?

When I look back, from 2003 until now, what I notice is that atrocities committed against women parallel political change. Crimes committed by men against women are illustrations of political changes in the country. When Saddam came into real political power, he sent his men to kidnap hundreds of women. They also hung 200 women in the streets and left their corpses on the streets as a warning as to what would happen to “immoral” women. At the moment, women are kidnapped and sold in groups and as individuals, to become temporary wives for ISIS (the Islamic State of Iraq and Levantine) warriors where they are forcibly held as sex slaves under the name of "Sexual Jihad."

Do you use social networks in your actions and what impact does it have on your work?

The use of Facebook has increased in Iraq in the last years, and we publish our reports online. It is also a means of contact and allows us to invite other people to join us, especially women from other organizations. We publish our action reports and what we are trying to achieve. Facebook allows us to inform our supporters inside and outside Iraq and to tell them what can be done to support OWFI.

I would like to give you another example. Recently the organization members published a message on Facebook for women in captivity in ISIS. We wrote to ask them how they were doing and how they felt. We also gave them the organization’s untraceable numbers so they could contact us and we could try to organize their escape.

We waited and finally got contacted by three women from Mossul. One was weeping because, she said, people thought of them as prisoners and not as human beings that have feelings and who need moral support. We offered them moral support and also sent them credit for their phones so they could call the organization in order to think of a plan to usher them out.  They also put us in touch with other women who wanted to escape. Drivers that take that route every day also help us. They drive the women out of town and we then place them in shelters. We currently have one in Bagdad and another one in Kerbala.

Do you think the international community is doing enough to protect civilians and especially women in their fight against ISIS?

Today, I saw a picture of a 24 years old woman who had to leave her house with her five kids after ISIS fighters had come into her house and killed her husband. She had to walk for many days before reaching Bagdad and what I could only see in her eyes was despair: she had no idea how she would manage to feed her children.

ISIS fighters slaughter men and force women to leave their house with their kids. The problem is that at the beginning of the conflict in June and July, people in the cities, even those who had nothing, would help refugees (by giving them food, clothes and a place to stay). But these people, after two months of crisis, are left with absolutely nothing and can no longer help refugees.

What can people reading this do to support you in your fight for women’s rights?

Most of the funds we receive go through the hands of the government and little comes back to NGOs. What people can do is to call on their governments and the UN to directly support NGOs. We need financial support to create a model that refuses sectarian religious differences. And if it comes fast, we will quickly rebuild our nation.

You know, I’m hopeful, the new government promised that militias would no longer be tolerated inside cities. You only hear about ISIS being a threat in the North, but cities are not safe either because of militias. We hope that this government will put an end to eleven years of chaos and to the loss of rights we fought hard for in previous decades.

I’m very hopeful for women: we had a conference today with other women’s rights groups to help women that have been sexually exploited. A woman from one of the organizations said that a woman that has been sexually exploited cannot go back to a normal life nor pretend to lead one. I stopped and looked around me. I was surrounded by women and among them, about15 were former prostitutes/sex slaves. Those beautiful, strong and assertive women had been saved by OWFI from the sex trade and they have now taking on the fight for women’s rights.

Lucile Huguet is a writer for iKNOW Politics and can be contacted by email-lucilehuguet@gmail.com
Region:
North Africa and Middle East
Theme:
Minorities and Indigenous Women