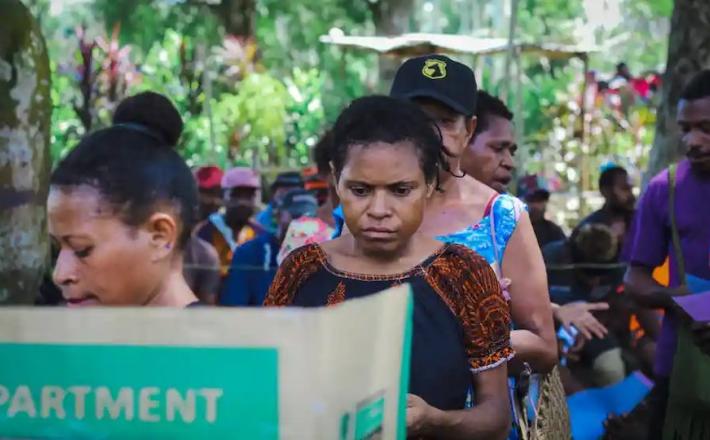 In nearly 50 years, PNG has elected just seven female MPs. Money, culture and corruption are all working against the women trying to address the problem.

When she first tried for a seat in the Papua New Guinea parliament in 2017, Rufina Peter was a political novice who’d had a gutful.

While many candidates solicit votes with lavish feasts and hollow promises, her shoestring campaign – handing out copies of her CV – struck a chord. She won the highest vote of any woman in the country, albeit not enough. PNG is one of only three nations in the world without a single woman in parliament. In its nearly 50 years since independence, the country has had just seven female MPs, meaning it has one of the worst records of female representation in parliament in the world.EN: Click here to read the full article published by Euronews on 4 November 2021.

Click here to read the full article published by The Guardian on 31 July 2022.