‘If you’re a female MP, people intimidate you in the hope you will shut up and go away’

‘If you’re a female MP, people intimidate you in the hope you will shut up and go away’ 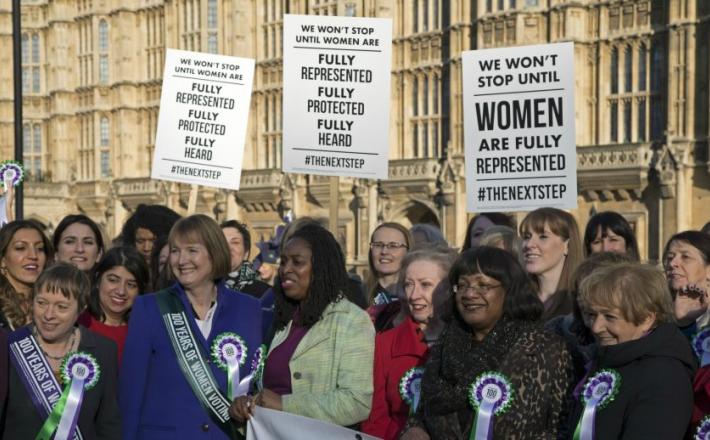 With the general election - arguably our most toxic one ever - only hours away, Marisa Bate investigates the grim reality of female MPs facing daily death and rape threats, installing panic buttons at home and asks three candidates running for re-election how do we keep women in politics.

Politics has never been an easy space for women. There’s always been the battle of representation, and the lack of maternity cover (rectified for the first time this year when Labour MP Stella Creasy hired the first ever ‘locum MP’ to cover her maternity), and the nocturnal voting hours which makes having children even more of a logistical nightmare. Parliament (still) sounds and looks like a boy’s club – jeering at PMQs from men who went to the same school. And as the Women’s Equality Party have pointed out in their recent campaigning, in the wake of Westminster’s #MeToo reckoning in 2017, not one MP has lost their job in the sea of sexual harassment allegations. As WEP leader, Mandu Reid said, ‘As long as our parliament sends the message that harassment and assault don’t matter, we cannot hope to create a more equal future or one that is free from violence.’

Click here to read the full article published by Marie Claire on 11 December 2019.