‘We can’t leave parliaments to men’: Leading in Spring Street

‘We can’t leave parliaments to men’: Leading in Spring Street 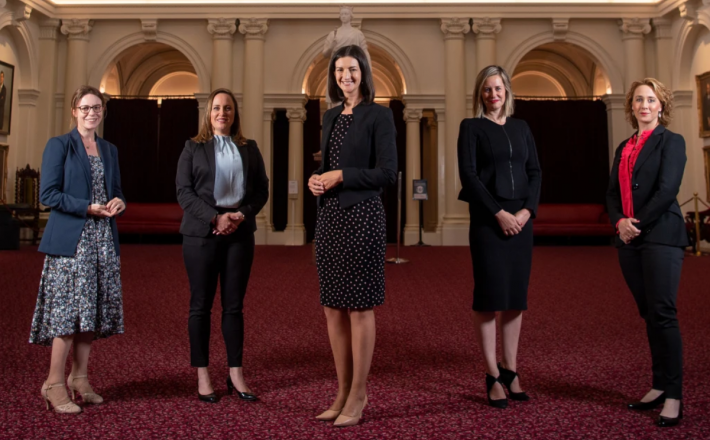 Ask every female politician in the Victorian Parliament and they will most likely have that one story. There’s the young mother who was reprimanded for wearing black skinny jeans in the Legislative Assembly (“it was one less thing I needed to iron”); the 30-something who was consistently shouted over by male politicians each time she spoke; and the minister who was asked if she was at a local event to serve the guests tea.

These are not the experiences of MPs in a bygone era. These are the stories of female MPs forging a career over the past six years in what remains a male-dominated State Parliament. There are 88 politicians in the lower house, where governments are formed, and 34 are women – less than 40 per cent.

Victoria, like many parts of the world, has experienced a seismic shift in public discussions around gender inequality in recent years. The Andrews government’s Royal Commission into Family Violence in 2016 catapulted into the mainstream the tragic consequences of gender inequality, and the global #metoo movement highlighted its prevalence.

“I understand why younger women might want to stay away from politics but someone has to be the first to do it, and it will get easier for every subsequent person,” Greens deputy leader Ellen Sandell says.

Click here to read the full article published by the Age on 13 February 2021.