“We copy it from them”: How campus politics sets scene for big man politics in Nigeria

“We copy it from them”: How campus politics sets scene for big man politics in Nigeria 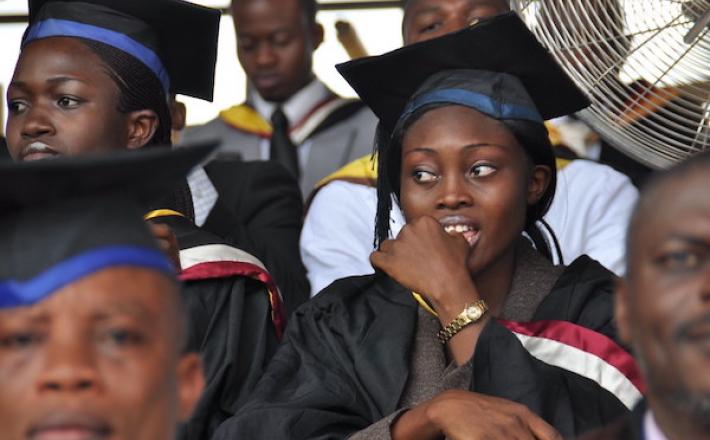 Nigeria has one of the lowest rates of female political representation in the world. This culture is established and reinforced early.

One morning before heading to university, Esther Binkap, 21, looked at herself in the mirror and asked herself if it was all worth it. The English Language undergraduate at the University of Jos was running to be president of her arts students association, a position in which she felt she could make positives changes, but had faced abuse since putting herself forwards.

Her campaign posters had been ripped down. Her supporters, and particularly female members of her campaign team, had faced threats that their grades would be tampered with. And Binkap had received constant comments from students asking why a woman would want to be president. “Where is it written in the bible that a woman should be president?” asked one.

Nonetheless, she kept going. When she received threats that some students would “deal with her” and got word that she might be in danger, she fled for safety. Yet still she did not withdraw her candidacy.

Click here to read the full article published by African Arguments on 16 June 2022.