The 19th Amendment at 100: Recapping the Brookings Gender Equality Series

The 19th Amendment at 100: Recapping the Brookings Gender Equality Series 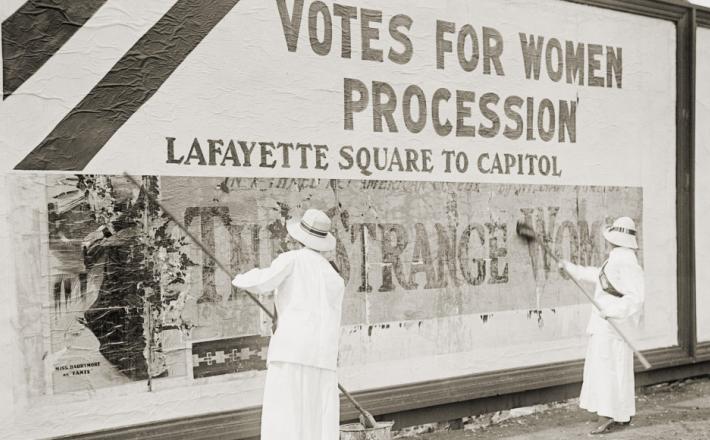 The year 2020 will be remembered as one of the most consequential in generations: the COVID-19 pandemic devastated lives and livelihoods; millions protested across the country for racial justice following the murder of George Floyd; and the U.S. presidential election gripped the body politic for months.

But 2020 was also the centennial of one of the most important civic events in American history—the ratification of the 19th Amendment to the U.S. Constitution, which prohibited denying the right to vote “on account of sex.” After 70 years of organizing and struggle by generations of women, the amendment’s ratification in August 1920 paved the way for millions of women to participate more fully in national elections and in the economic life of the nation. Although imperfectly implemented due to racism, sexism, and other factors, the expansion of the franchise opened new possibilities for women in their roles in the economy and society, and represented a victory in the long march toward gender equality.

To celebrate this milestone, but also to analyze the forces that have kept the United States from reaching true equality, the Brookings Institution launched “19A: The Brookings Gender Equality Series,” a collection of 19 essays by Brookings scholars and other subject-matter experts that analyze how gender equality has evolved since the amendment’s passage and explore policy recommendations to end gender-based discrimination. Visit brookings.edu/19A to find links to individual essays.

Click here to read the full article published by Brookings on 6 January 2021 and to earn more about the essays and the themes they explore.