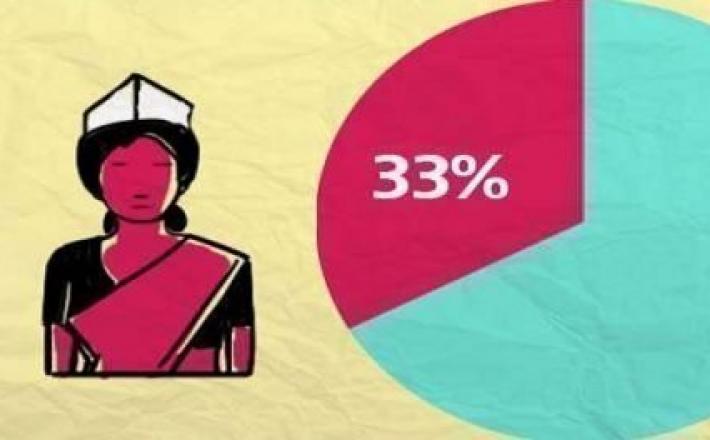 After working for more than 30 years in diverse social settings I realized without women's participation we can't resolve conflict, we can't stop wars and more than that there won't be diverse and peaceful inclusive sustainable democracy at work. For this purpose, we need at least 33 percent reservation for women in state legislatures and parliament. These famous words by Lenin Raghuvanshi, an award-winning, internationally renowned human rights activist resonate with me to my very core.

I have always been the outspoken daughter of my family. From my childhood, I have always spoken out for my rights and those of my sisters, every time I’ve witnessed any kind of injustice being committed by the powerful against the relatively powerless. But it was not without a backlash. They say, we women hold up half the sky. Then don’t our opinions count? Shouldn’t our voices be heard?

Be it in my mohalla or in our very own Parliament, women’s voices need to be encouraged. It is high time our Lok Sabha passes the Women’s Reservation Bill, which has been stalled for nearly 24 years. That much televised instance of a male MP tearing the Bill to shreds is etched in my memory.

A girl who was born in 1996 can actually contest a seat for Parliament next year when she turns 25 as per our laws.

There are many across party lines who have opposed the Bill. They believe a woman candidate’s chances of winning are bleak. To quote Mr Raghuvanshi, they think she will be unable to dedicate as much time compared to her male counterparts because of her domestic duties at home.

Click here to read the full article published by Change on 15 May 2020.