Advancing gender equality within peace and security in Jordan

Advancing gender equality within peace and security in Jordan 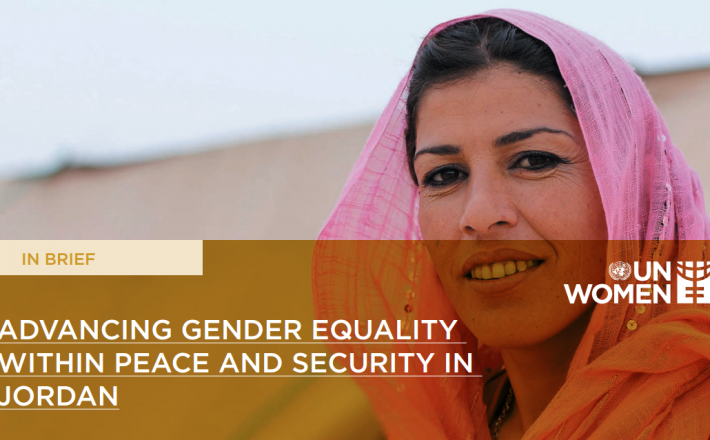 The Jordanian National Commission for Women (JNCW) drafted a National Action Plan (NAP) on United Nations Security Council resolution 1325 (2000) to advance women, peace and security on the national level. The JNCW proposed a draft for the NAP in October 2014, which then was transferred for discussion within the Government of Jordan. The United Nations Entity for Gender Equality and the Empowerment of Women (UN Women) Jordan country office produced this note, which serves as a summary of the discussions hosted by UN Women and the JNCW on issues of women, peace and security in Jordan. Two consultations were held under the framework of the Beijing+20 review and appraisal process and the high level review of the implementation of resolution 1325. The consultations targeted national actors and decision makers on issues of women, peace and security, as well as Syrian refugees living in the Za’atari refugee camp in Al Mafraq governorate. For more information, click here.