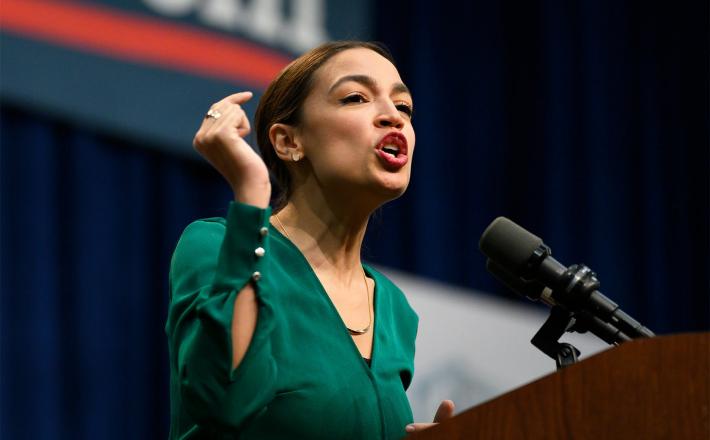 Whether it’s Nobel prize-winners reduced to the title of “wife” or female professors routinely called “Miss”, women’s names are a constant battle line in the ongoing fight for gender recognition.

The frustrating inability to address a woman as she is (be that doctor, judge or detective) – or worse, trying to box her in to what she is not – is all the more infuriating in its subtlety.

Why, in the 21st century, are women still constantly pushed to quantify themselves in terms of marital status as “Miss” or “Mrs” when no such equivalent exists for men?

Even in something as mundane as form-filling, this outdated custom adds an unpleasant tinge of bygone discrimination (think of all those millions of women who never made the history books or were only ever known by the title of their husbands).

It’s with exactly that teeth-gritting nod to history and the patriarchy that Congresswoman Alexandria Ocasio-Cortez pointed out an ongoing slight to women on Twitter today.

Picking up on the latest presidential clash between Donald Trump and Joe Biden, Ocasio-Cortez questioned why it is that Republicans – notably Trump himself – are unable to call female politicians by their proper titles; despite routinely affording the same respect to their male colleagues.

Click here to read the full article published by Stylist on 23 October 2020.