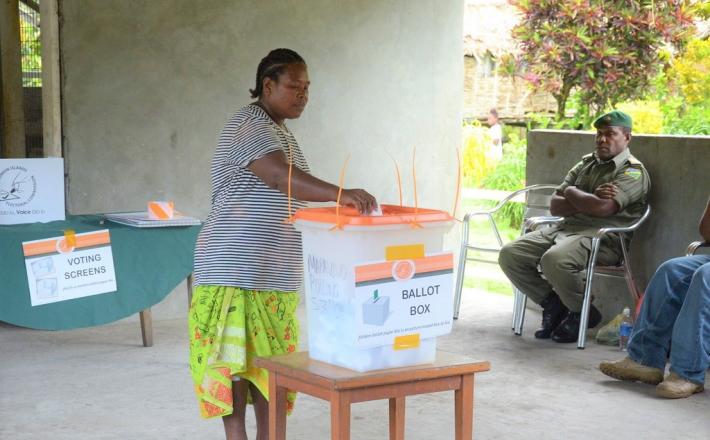 A total of 26 women stood as candidates at the 2019 Solomon Islands national general election and, for the first time since independence, two women won seats in the national parliament. While this could be perceived as a positive development, it is clear that women remain poorly represented in national politics. Baker has provided a detailed overview of women’s candidacy and their competitiveness at the 2019 election. This blog serves to complement that analysis by identifying key challenges for improving women’s political participation based on the data collected from our observation. It begins with an analysis of women’s affiliation with political parties before presenting survey results on attitudes towards women candidates and observations on women’s political campaigns.