Australia: Hey, guess what, guys? Women vote too – and they may decide the outcome of this election

Australia: Hey, guess what, guys? Women vote too – and they may decide the outcome of this election 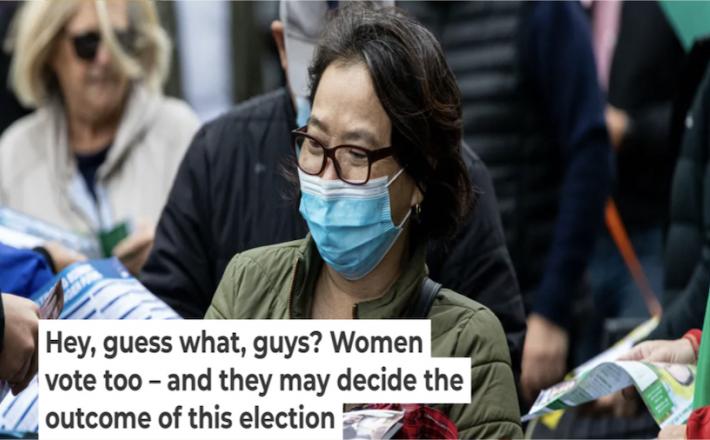 Because “women’s issues” have been in the headlines over the last year, it may seem strange they have not been more prominent in the election campaign.

Yet it is clear gender has played a crucial role in defining the choice voters will make in the 2022 election, and female voters may well prove decisive in the election outcome on May 21.

The campaign coverage has obsessively focused on Anthony Albanese and Scott Morrison’s performance on the campaign trail, rather than on their fitness to lead the nation.

Each man has offered a different model of leadership. After his success in 2019, Morrison continues to focus on wooing male voters who might vote Labor, with his blokey campaign schtick.

Click here to read the full article published by The Conversation on 17 May 2022.