Breaking cycles of violence: Gaps in prevention of and response to electoral-related sexual violence in Kenya

Breaking cycles of violence: Gaps in prevention of and response to electoral-related sexual violence in Kenya 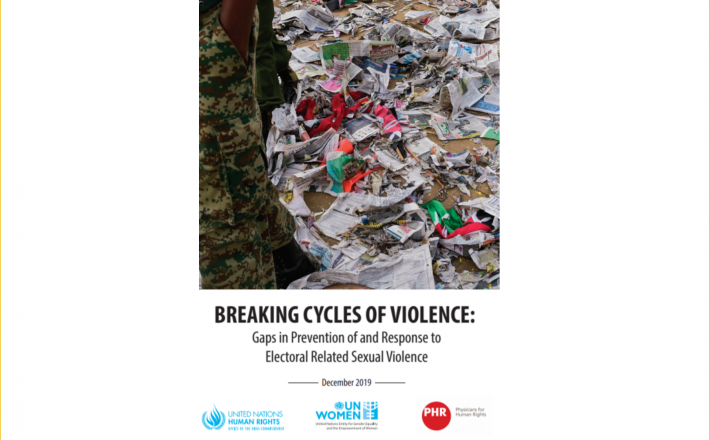 I was targeted because my husband is from a different community that was perceived to hold a differing political opinion from the one of the dominant community we live in.’

CIPEV provided critical recommendations for reform and was followed by the historic adoption in 2010 of a progressive Constitution with a robust Bill of Rights. Since 2010, an impressive set of laws, policies and standard operating procedures have been developed on prevention and response to sexual violence. Yet, during the general elections held in August and October 2017, within a context of localised violence, large numbers of cases of sexual violence perpetrated by persons in uniform and civilians were again documented. According to the Kenya National Commission on Human Rights (KNCHR), at least 201 Kenyans – most of them women and girls — were subjected to rape and other forms of sexual violence; [4] however the actual figure is likely higher due to under-reporting and the fact that KNCHR documented these in 11 of the 47 counties.