The Bundestag could use more women

The Bundestag could use more women 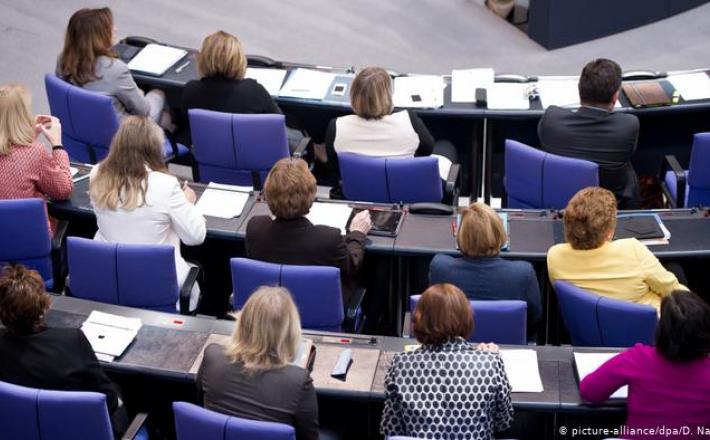 Just over one-third of the members in Germany's newly elected parliament are women. That's troubling — and not at all representative of our society, DW's Melina Grundmann writes.

A chart showing the proportion of women in each party in Germany's new parliament, the Bundestag, has been doing the rounds of various media outlets over the past few days.

The numbers are bleak. Just 255, or 34.7%, of the members of the new parliament are female — out of a total of 735 deputies in the increasingly bloated chamber. While that's a slight improvement on the makeup of the previous Bundestag, I'm disappointed — to say the least.

The Greens lead the way, with 58%. The neoliberal Free Democrats (FDP), along with the center-right bloc made up of the Christian Democrats (CDU) and their Bavarian sister party, the Christian Social Union (CSU), barely scratch the 25% mark, respectively. Don't even get me started on the far-right Alternative for Germany (AfD).

Click here to read the full article published by DW on 2 October 2021.