Can a woman win? Either Elizabeth Warren or Amy Klobuchar would give Trump a run for his money in November

Can a woman win? Either Elizabeth Warren or Amy Klobuchar would give Trump a run for his money in November 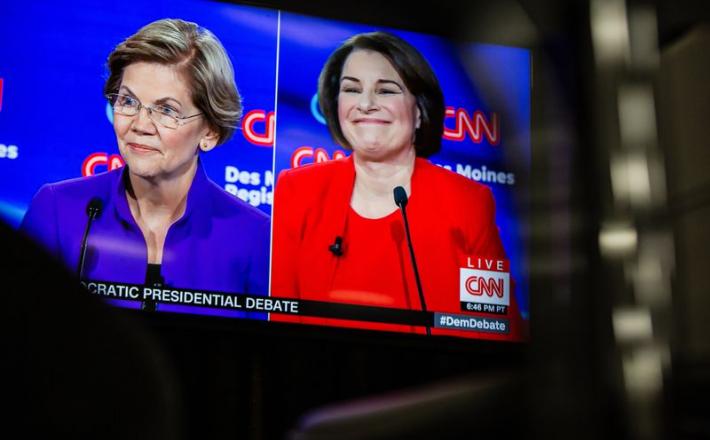 Would a female Democratic nominee have a harder time beating Donald Trump than a male one?

I can’t tell you, because I don’t have a crystal ball and because it’s a stupid question, its answer dependent on which female candidate you’re talking about, on how she runs her campaign, on the twists and turns of the national conversation between now and November.

But I can tell you this: Either of the two women among the six candidates on the stage in Des Moines on Tuesday night would give Trump a serious run for his money. Both have earned the right to take him on. Both would be formidable presidents.

And both made clear, with commanding performances, how absurd it is that this country hasn’t yet shattered the highest glass ceiling of all.

Click here to read the full article published by Chicago Tribune on 15 January 2020.