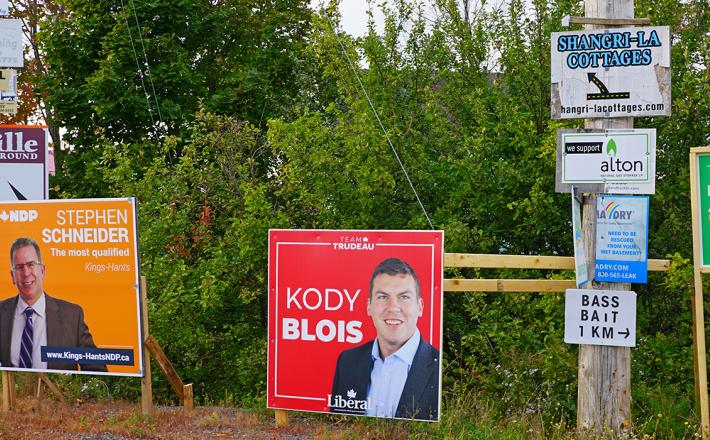 When the ballots were counted, Canadians had elected a mere 10 more women in 2019 than they did in 2015, bringing up the proportion of women in the House of Commons from 26 percent to 29 percent. At this rate, it will take decades for women to reach representational parity.

Where Campaign 2019 highlighted that Canadians aren’t ready for a serious conversation about how race structures our politics, it also showed that diversity would not have been on the agenda at all if not for external events such as the release of Justin Trudeau’s blackface photos or the government litigating against compensation for Indigenous kids in care. While I am heartened, at least somewhat, that Canadians were shocked into talking about race and diversity in 2019, the absence of discussion about gender shows that we’re unlikely to address it either unless we’re forced to.

As someone who studies gender and politics, I look for how gender structures campaigns in at least three ways: through candidates, through leaders and through issues. I also look at voters, of course, but analysis will be easier after the Canadian Election Study — the premier resource that academics use to study Canadians’ political behaviour — has been released. In each of these three areas, gender strongly structured the 2019 campaign in ways we don’t typically discuss.

Let’s look at candidates first. Political scientists have looked really hard for evidence that voters discriminate against women candidates in Canada, and we just can’t find it. This means that while Canadians might still hold some pretty sexist views, that doesn’t keep them from voting for women candidates as readily as they vote for men. Instead, my research with Marc-André Bodet highlights a key factor: political parties. Not only are parties less likely to nominate women as candidates than men, they are also more likely to disproportionately nominate women in seats their party cannot win. Men, by contrast, are more likely to be found running for safe seats. We examined data from 2004 through 2011 and found that this gendered competitiveness pattern persisted for all parties, regardless of how they talk about gender and equality, and that it also persisted for incumbents and open seats. This means that when MPs retire, their parties are still more likely to nominate men over women in those safe seats. It also means that some women MPs have a more precarious hold on their seats than most men.