What it will take for women to win

What it will take for women to win 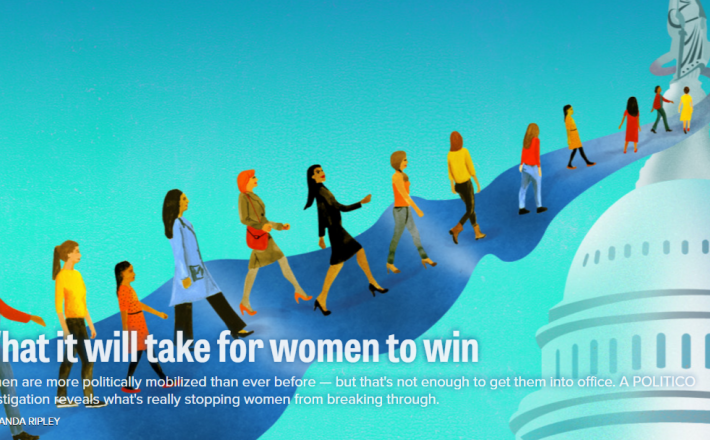 Women are more politically mobilized than ever before — but that’s not enough to get them into office. A POLITICO investigation reveals what’s really stopping women from breaking through.

One morning this spring, 80 women of different ages, parties and backgrounds gathered in a hotel ballroom in Ames, Iowa, to learn how to run for office. They poured themselves coffee, nodded to their neighbors and listened to experts explain the relative merits of radio ads vs. billboards. Six months earlier, many would not have imagined spending a Friday this way. But then came the 2016 election.

Monic Behnken, an African-American sociologist at Iowa State University, arrived with a stack of post cards for her local school board campaign. “When I woke up on Nov. 9,” she said, “I knew I couldn’t leave this world to my children without doing something.” A few tables over, Deidre DeJear was quietly taking notes, preparing a run for Iowa secretary of state. “I was never one of those kids who said I wanted to be president when I grew up,” she said. “But running is less about me and more about, ‘Who can I trust to get this done?’ Right now, I trust myself.”

Click here to read the full article published by POLITICO on 12 June 2017.