Creating space for women pays off

Creating space for women pays off 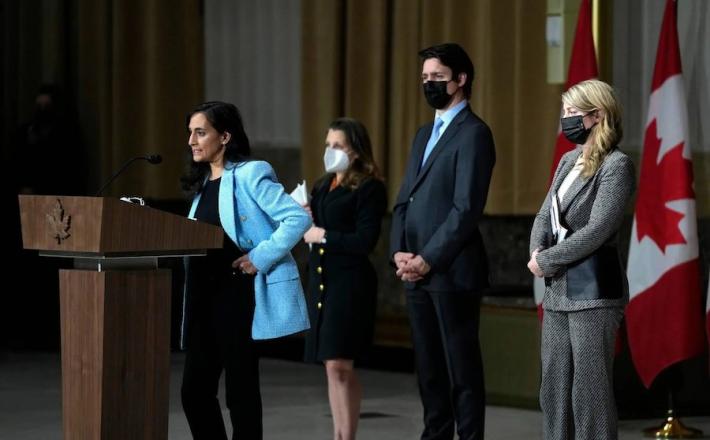 Three powerful women in charge of finance, defence and foreign affairs frame the Canadian Prime Minister during press conferences. It’s the first time in our history that these three top cabinet jobs have been held simultaneously by women. And in the context of the war in Ukraine, Chrystia Freeland, Anita Anand and Mélanie Joly are making decisions historically made by men.

Individually or together, these women are proof that gender parity in politics works.

Canada doesn’t have a gender quota law for elections to parliament. But Trudeau promised in 2015 that if he won the election, he’d have gender parity in cabinet. He’s kept that promise, with equal numbers of women and men ministers ever since.