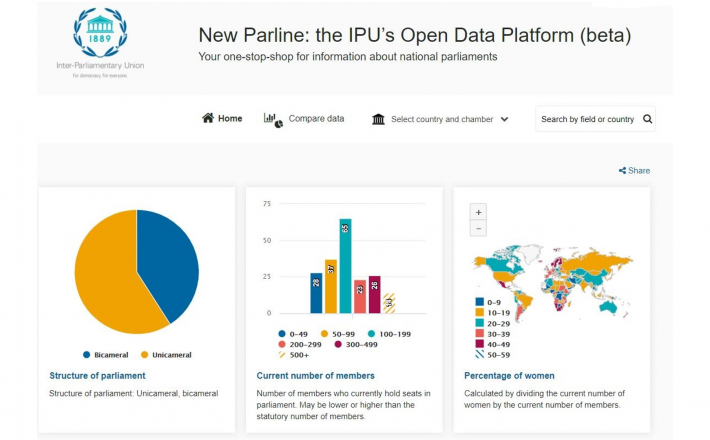 IPU launched New Parline, a new version of its online open data platform on national parliaments. The platform is intended for MPs, academics, civil society, the media, and all those interested in parliaments as the core institution of democracy.

The IPU has been collecting data on parliaments since its inception in 1889, including information on women’s participation in politics since 1945. Through New Parline, the IPU has pooled all of its data into one hub, allowing the user to see trends over time, as well as compare progress or regression between different regions of the world.