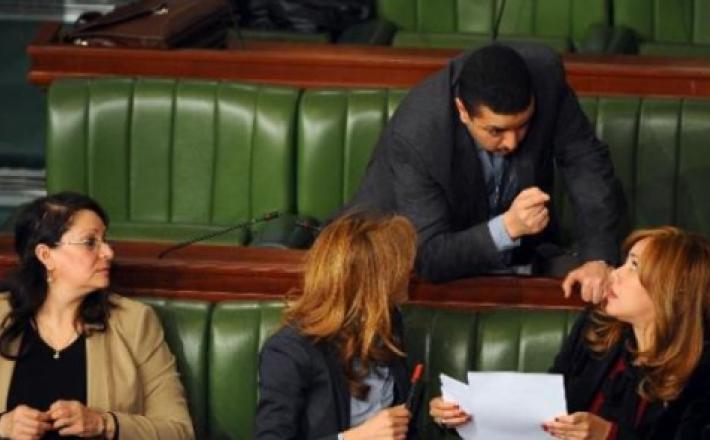 This article was originally published by International IDEA here.

Since starting its transition to democracy in 2011 Tunisia has been heralded as success story in the region. Since the 2014 national elections the country has worked to increase the participation of women in the political process – including through quotas giving women one third of the seats in parliament today. Despite many efforts to increase women’s participation however, progress has been slow with start regional differences across the country.

In order to understand the mechanisms and the barriers excluding many women from Tunisian politics International IDEA and the Netherlands Institute for Multiparty Democracy (NIMD) launched a four-year project in 2014. The project,Respect for Women’s Political Rights: Fostering Political Environments for Equal Participation and Leadership of Women in Political Parties, supports women and men participating in the political processes to identify the barriers that women face and design strategies to overcome these barriers.

It is clear that the barriers affecting women are different across Tunisia and the problems vary widely from north to south. To better understand these difference, International IDEA partnered with the Tunisian association Youth without Borders (JSF) to organize two roundtable events on women’s participation in the governorates of Beja, in the northwest of the country, and Kébili in the south.

These two governorates were chosen based on the number of women MPs elected there in the 2014 legislative elections. While women constitute one third of the members of the Assembly of Representatives of People (ARP), the governorate of Béja has only one elected woman among six MPs, which is the same result as in the elections of the National Constituent Assembly (NCA) in 2011. The governorate of Kébili has only one elected woman among five MPs, down from two out of five.

In the south, women are traditionally more absent from public space than in the north of the country. One likely reason for this difference is the economic structures in these regions. While both north and south rely heavily on agriculture, oasis agriculture, which requires mostly male workers, is dominant in Kébili (south) and wheat, which requires both men and women workers, is the main crops in Béja. The south is considered more conservative and social and religious justifications are widely used to limit the public role of women. This means that in southern Tunisia women tend to stay out of public spaces and the use of the headscarf is also more widespread compared to the north of the country.

On the other hand women candidates in the north reported more cases of physical and verbal abuse than their southern counterparts. There is a need to further study the threats women face in the political process as these incidents are likely widely underreported.

Despite the fact that both the electoral laws of 2011 and 2014 adopted a proportional representation list system, with each list bound to the rules of parity and alternation between men and women, it was deemed that the electoral law did not do enough to ensure parity in the ARP. One issue is that the system favours candidates placed at the top of the list. Women are rarely chosen by their parties for this position – in both Béja and Kébili only 11 per cent of the lists were headed by women.

Beyond the legal framework there are structural problems within the political parties’ as barriers to women’s participation. Despite political parties’ declarations that they adhere to equal rights and opportunities, the presence of women in their local sections is very limited, and no party has adopted measures in its internal regulations to empower female members. In addition to this, many agreements and decisions are finalized by the local leaders in informal meetings that occur in male spaces, such as cafés, to which women have no access.

Familial responsibility is another. In addition to their work women in Tunisia do most of the housework and care for the children. These responsibilities give little time for women to be dedicated to other activities, especially with the absence a child care system within political parties, and the inconvenient times of the meetings which are often held in the evenings.

One suggestion to improve the situation for women is that political parties take measures to reduce the household burden on female candidates. This could be done through providing child care or financial support to cover child care costs as part of campaign expenses.

According to the participants in both workshops, a modification is also required in the rules of procedure of political parties in order to stipulate quotas for women at the local level. That will force political parties to mobilize women candidates and party members, efforts that they may not have made otherwise.

While a lack of capacity building activities for women in political parties was mentioned in both roundtables, it was particularly stressed in Kébili where the participants underlined the limited opportunities given to women to participate in trainings. Participants in the south felt that such trainings are necessary in order for them to acquire the tools needed to participate actively in politics.

To continue to collect more data about the barriers that women across Tunisia face in participating in politics, International IDEA will host a second series of roundtables throughout 2016.