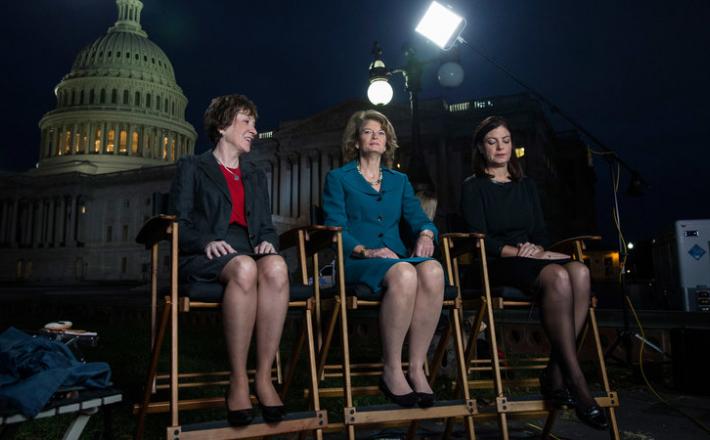 In October of 2013, the federal government shut down for 16 days — the third longest shutdown in history. A few women in particular came together to end the gridlock, including Maine Republican Sen. Susan Collins and Minnesota Democrat Sen. Amy Klobuchar.

Afterward, Arkansas Democrat Mark Pryor gave those women credit in a speech on the Senate floor.

"The truth is, women in the Senate is a good thing," he said. "And we're all just glad that they allowed us to tag along so we can see how it's done. Isn't that right?"

The whole episode fed into a pervasive idea: that women lawmakers are better at bipartisan compromise than men are.

With a record number of women running for Congress, there's a decent chance that the number of women on Capitol Hill will grow next session. That could be a hugely important change, as women remain heavily underrepresented in Congress, making up 1 in 5 lawmakers, even as they make up more than half of voters.

However, there's little reason to expect it will make Congress more bipartisan, according to a new study.

Click here to read the full article published by NPR on 10 August 2018.