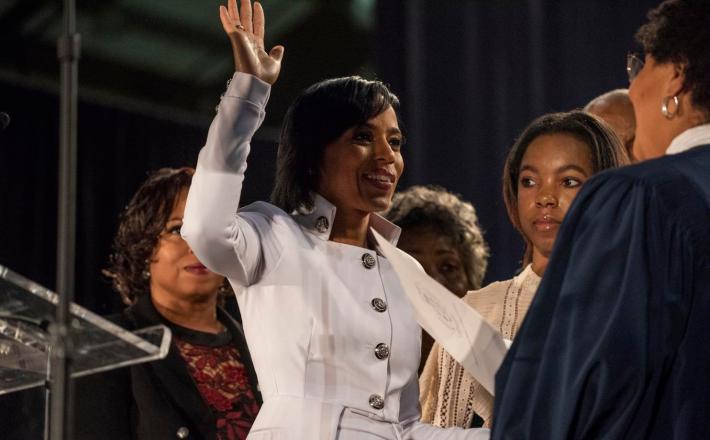 Angela Alsobrooks, the first woman elected Prince George’s county executive, thanked her mother among others during an inaugural address on Monday. “She made me proud to be a woman, a servant and a fighter,” Alsobrooks said.

She’d been the county’s youngest and first female state’s attorney, making clear early on her zero tolerance for domestic violence. Alsobrooks personally consoled abused women and their children, sought to reduce the stigma of reporting the crimes and enlisted the county’s faith-based community in dispute resolution and counseling.

Men in that position have certainly shown concern for such crimes, but none had brought anywhere near the relentless passion shown by Alsobrooks. This year, domestic homicides are down 20 percent in Prince George’s, evidence of what the newly elected county executive called “the power of our collective strength.”