How many husbands control the votes of their wives? We'll never know

How many husbands control the votes of their wives? We'll never know 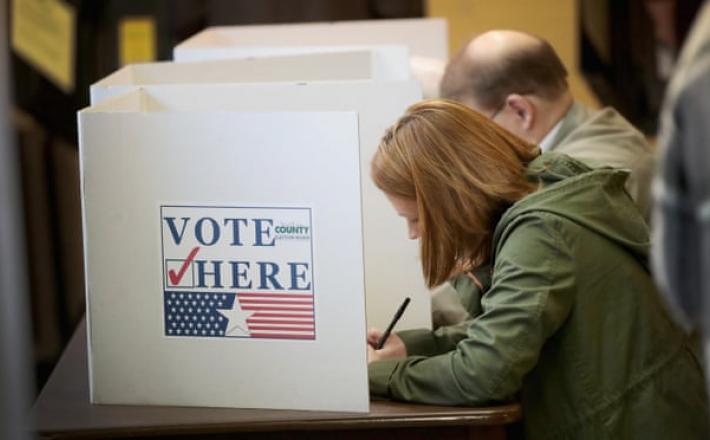 Progressive organizer Annabel Park told the story that made me start to wonder. “I can’t stop thinking about this woman I met while doorknocking for Beto in Dallas,” Annabel wrote on social media a few days before the midterm elections.

“She lived in a sprawling low-income apartment complex. After I knocked a couple of times, she answered the door with her husband just behind her. She looked petrified and her husband looked menacing behind her. When I made my pitch about Senate candidate Beto O’Rourke, her husband yelled, ‘We’re not interested.’ She looked at me and silently mouthed, ‘I support Beto.’ Before I could respond, she quickly closed the door.”

Annabel told me afterwards, “It’s been on my mind. Did she get beaten? That was my fear.”

There’s a form of voter intimidation that widespread and unacknowledged. It’s the husbands who bully and silence and control their wives, as witnessed by dozens of door-to-door canvassers across the country I heard from.

I started asking around and found that a lot of get-out-the-vote ground troops had witnessed various forms of such bullying, intimidation and silencing in relation to this election and in earlier elections, too.

Wives asked their husbands directly who the two were going to vote for. Many seemed cowed. Husbands answered the door and refused to let the wife speak to canvassers, or talked or shouted over her, or insisted that she was going to vote Republican even though she was a registered Democrat, or insisted there were no Democrats in the house because she had never told him she was one. A friend in Iowa told me, “I asked the woman who answered the door if she had a plan for voting, and a man appeared, behind her, and said, quite brusquely, ‘I’m a Republican’. Before I could reply, he shut the door in my face.”

Click here to read the full article published by The Guardian on 19 November 2018.