If you want more women in politics, don’t look to the GOP

If you want more women in politics, don’t look to the GOP 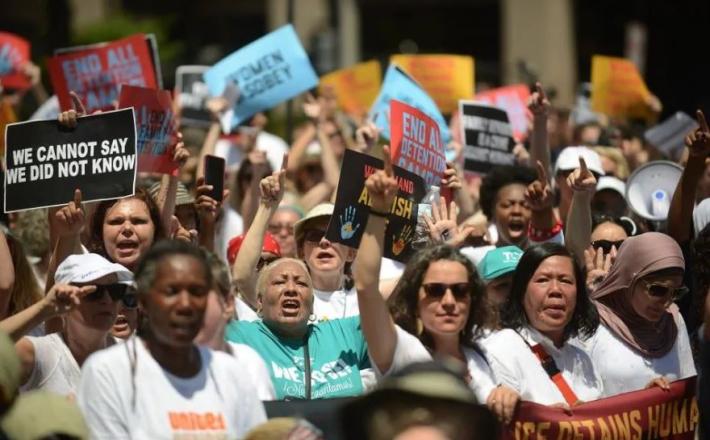 The Pew Research Center has some interesting data on voters’ views about the gender gap in politics:

Republicans and Democrats have widely different views about where things stand today and what factors are holding women back. Democrats and Democratic-leaning independents are more than twice as likely as Republicans and those who lean Republican to say there are too few women in high political offices (79% vs. 33%). And while 64% of Democrats say gender discrimination is a major reason why women are underrepresented in these positions, only 30% of Republicans agree. …

By 20 percentage points, Republican women are more likely than their male counterparts to say there are too few women in high political offices (44% of GOP women vs. 24% of GOP men) and in top executive positions in business (49% vs. 29%) in the U.S. today. And while most Republican women say it’s easier for men to get these positions, closer to half of GOP men say the same.

As the Republican Party has shifted its focus from conservatism to white male grievance, these results are understandable. The Republican men who have swooned over President Trump’s nostalgia for a bygone era (when women primarily stayed at home) are not about to see a need for more women in politics, nor are they prepared to say that there is something wrong with the system that produces a preponderance of men in business and political leadership.

What’s striking is the large majority of Americans (67 percent) who think it is easier for men to get elected than for women and who think “there are too few women in high political offices (59%) and in top executive positions in business (59%).” Perhaps President Trump’s tenure and the #MeToo movement have left the impression that women are a safer bet when it comes to certain issues. “Roughly four-in-ten adults (41%) say women in high political offices are better than men at serving as role models; 4% say men are better at this. Women are also seen as better able to maintain a tone of civility and respect: 34% say female political leaders are better at this, while 9% point to men.” Republicans consistently rate women lower than Democrats do when asked whether women have an edge over men in compassion, the ability to compromise, and being honest and ethical.