Once we make this dream a reality… by Michelle Bachelet

Once we make this dream a reality… by Michelle Bachelet 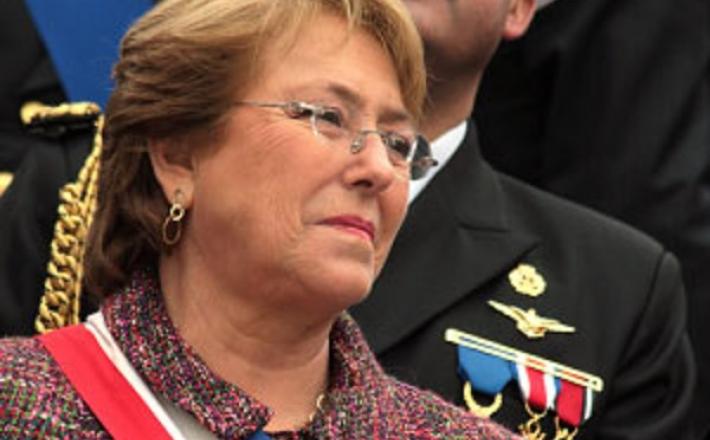 Michelle Bachelet was sworn-in for a second term as President of Chile in March 2014. Previously, she was the first Executive Director of UN Women, from its inception in 2010 until March 2013. A longstanding women’s rights advocate, she has promoted gender equality and empowerment of women throughout her distinguished political career, including as her country’s first female President, between 2006 and 2010. In this editorial, she says nearly 20 years after the adoption of the Beijing Declaration and Platform for Action, we must recognize significant progress, but challenges remain in terms of gender equality and equity.

The year 2014 marks a very significant step towards building a fairer world for men and women. This year, we begin a year-long celebration ahead of the 20th anniversary of the Beijing Declaration and Platform for Action in 2015. This platform provided the framework to help countries devise public policies to push gender equality forward. We can see substantial progress across different fields.

However, the results are not good enough. There are many inequities and inequalities that we must conquer in political, economic and social realms. We still see serious inequalities in the area of women's participation in decision-making.

As of January 2014, only 17 percent of government ministers were women. However, the majority held portfolios related to social sectors, such as the family. This reflects the ongoing stereotypes regarding the role of women in society.

Since women make up 51 per cent of the world’s population, these figures illustrate just how much women are underrepresented. The result is that the legitimate demands and needs that we have as women are not seen. However, this situation is not merely a challenge in terms of justice. It represents a significant shortcoming in the quality of our democracies.

As a result, we now face the urgent task of building institutional mechanisms to make sure that men and women are equally included in political decision-making globally, nationally and locally. Only then will we be able to build more stable and most just democracies.

Economic life is still another area of significant inequality. Women continue to face greater challenges in finding work. When women do receive an income, they tend, more often than men, to invest it in their families and communities. These efforts reduce hunger, poverty and malnutrition and have positive outcomes for society as a whole. Countries must learn from this situation and make greater efforts to get women into work. Paid work also helps us to grow as people and enter the public arena. It is therefore a right for all, both men and women.

Although helping women into work is necessary, it is not enough when the labour market simply replicates hateful gender inequalities. To that effect, more women than men continue to work in the informal sector, which is typically associated with increased job insecurity and precarious social welfare.

Globally, women earn on average between 10 and 30 per cent less than men in the same jobs, which reflects women’s undervalued contribution to the economy. To resolve this situation, we need cross-sectoral policies that involve commitments not only from the State, but also from civil society and the private sector.

Furthermore, millions of women are at risk of contracting sexually transmitted infections and having unwanted and unsafe pregnancies, given the scant access to sexual and reproductive health services and inadequate family planning policies.

Violence against women is perhaps the harshest area of inequality. This violence is, on the whole, embedded in cultural norms that are used to justify it. Many countries do not have public policies aimed at changing behaviours so that we women and men have the right to live free of violence and make strides towards ending gender-based violence.

The efforts to reduce violence against women have fallen short. This problem creates long-term challenges. Education must promote the respect for human rights together with suitable policies and legal frameworks that guarantee women’s right to a life free from violence. These public policies must not only raise awareness and punish violence against girls and women; they must also strive to prevent it in the first place.

Nearly 20 years on from the Beijing Declaration and Platform for Action, we must recognize the significant progress that was made possible thanks to the commitment of international organizations, States and civil society. However, we still face many challenges. Building a fairer world requires more equality and equity between men and women.

Only once we make this dream a reality will we have fully accomplished the Platform for Action’s mission.