Take notes from women in politics

Take notes from women in politics 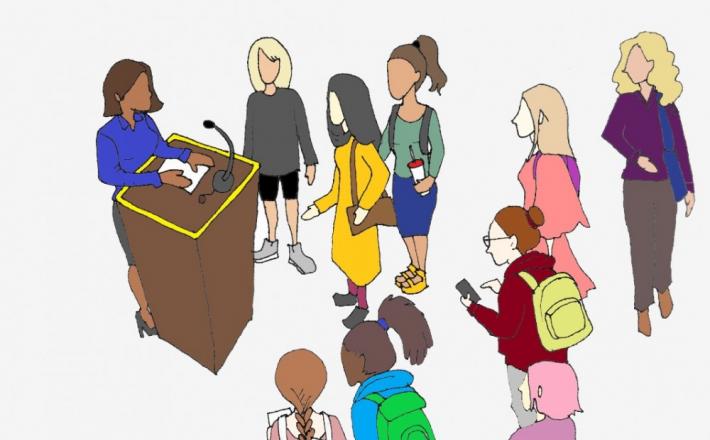 In today's society, college women tend to look to female celebrities and social media influencers for inspiration on how to be successful in life.

While many of these women have incredible accomplishments and have surpassed great adversity, college women may overlook women in political power.

Now more than ever, female college students should look to those women to find inspiration and strength.

Miki Caul Kittilson, a professor in the School of Politics and Global Studies, conducts research funded by the National Science Foundation on women in high courts around the world. Kittilson believes it's important for female college-aged students to look up to women in political positions.

“It’s important to have women in positions like on the Supreme Court. One, there’s that role model effect," Kittilson said. "We can sort of watch careers and have a mentor and have a role model for the path that somebody might follow. At ASU right now, there’s probably a lot of women who could end up being a Supreme Court justice someday."

Click here to read the full article published by State Press on 2 November 2018.