Violence against women in politics

Violence against women in politics 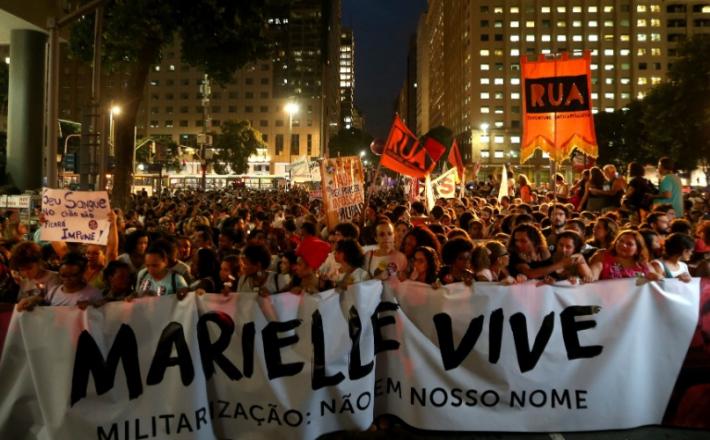 Six months after the murder of Councilwoman Marielle Franco, the causes behind the act and those responsible for the crime remain unknown. A young black woman born on the outskirts of Rio de Janeiro, she was gaining prominence in Brazil’s political landscape, identifying herself with the defense of human rights. Her presence generated the same gender tensions that arise whenever a woman occupies a position of power in the public space

Recent history shows that violence is often the response to women who step into the political spotlight, a space culturally reserved for (mostly white) men. The aggressions may be physical, as happened with Marielle Franco, or symbolic, as occurred in the impeachment process of Dilma Rousseff, which was full of explicit demonstrations of machismo and sexism by politicians, the media and social networks, just to name a few.

There are so many ways to try to keep women away from public life, that academic research and international organizations such as the Organization of American States (OAS) have been working with the concept of Violence against Women in Politics as a way to investigate and solve the problem. Five types of violence are used to keep women away from politics: Physical, sexual, psychological, symbolic, and economic. It happens inside the home, between family members, or in the public space, such as when it happens in the Senate.

Click here to read the full article published by Dialogo Cim on 14 September 2018.