What a 21st century feminist movement should look like in Tunisia?

What a 21st century feminist movement should look like in Tunisia? 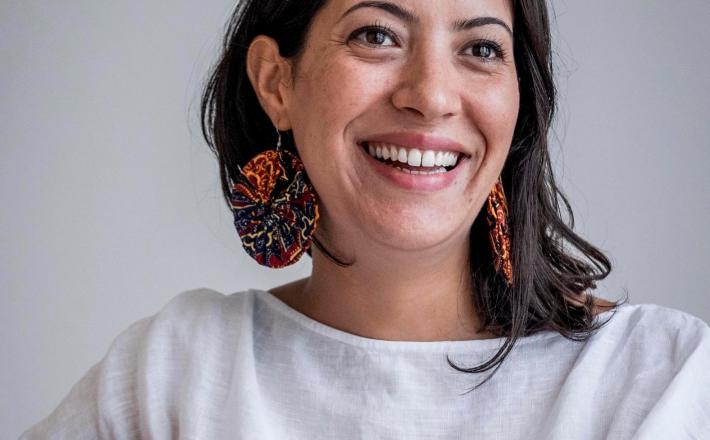 Even though we are living in the 21st century, gender equality is still considered a women’s issue, in Tunisia, and policy makers are trying to avoid or postpone the conversation because they are dealing with “more important issues.” Gender inequality has not only been fostered by political decisions, it is also deeply embedded in Tunisians’ minds. It has become the norm and an institution. There is something wrong when women do not feel that they are discriminated against, when they embrace their roles without asking for other options or without challenging this institution, when women just follow the cultural expectations, and when they accept their moral accountability. As I observe the perception versus the reality of gender inequality in Tunisia, I believe that the feminist movement could play a significant role in bridging that gap.

The World Economic Forum Gender Gap Index 2014 (http://reports.weforum.org/global-gender-gap-report-2014/economies/#economy=TNS ) shows that Tunisia ranks 130 out of 142 countries in women’s economic participation with a score of .46 out of 1. The Gender Equality Policy report in Tunisia argues that one of the main reasons is women’s heavy responsibility for household activities, and the lack of social services “making women strongly attached to their traditional domestic roles.” According to Tunisia’s Gender Profile in 2014, (http://eeas.europa.eu/archives/delegations/tunisia/documents/page_content/profil_genretunisie_2014_courte_fr.pdf), Tunisian women spend eight times more than men on housework activities, raising children, and taking care of the elderly.

Another reason for women’s low economic participation is that the public policies are “gender neutral” or “gender blind.” Tunisian women are overloaded in the workplace with a new kind of exploitation created by the capitalist system and, at the same time, are still burdened by household activities and child care. This is due to the absence of family-friendly flexible jobs, and the fact that Tunisia has not considered the new status of working-moms, by not providing reliable public transportation or adequate social services.

Tunisian women must recognize and rise up against discriminatory practices and problems, as they continue to see gender equality as a low priority. In a survey by the National Democratic Institute (NDI), Tunisian women were asked what about the major problems they face in their daily lives. Only 0.5% responded, “reconciliation between work and family life,” claiming that “the heavy responsibility rests on women,” while 0.6 % believed “discrimination and exclusion of women” was a major problem.  Nonetheless, major problems do exist for women in Tunisia. National statistics show that almost 50% of Tunisian women have experienced violence (at least once in her life). Although the Ministry of Women, Family, Childhood and Elderly Affairs in Tunisia proposed laws to combat violence against women, the first shelter for abused women will open in March 2016.   In the NDI survey, when women were asked if they were satisfied with the State’s role in protecting women victims of violence, over half were either highly satisfied or satisfied with what was being done. These results highlight the gap between reality and perceptions and could explain why Tunisia has not addressed women’s issues yet.

When gender inequality is embedded in society and shapes Tunisians’ mindsets and behaviors, some people think that the change will come from the top; similar to what happened in Tunisia in the last 50 years ago, starting when President Habib Bourguiba pushed toward a progressive women and family code in 1956. But today’s government is not doing its best to get rid of the practices that are still used to enforce the lower status of women. From December 2014 until October 2015, the Tunisian Parliament voted in favor of only one bill allowing mothers to get a passport, or any other travel documents for their children, without a permit from the father. Only one bill passed and no other bills were proposed by Parliament regarding gender equality (http://www.albawsala.com/uploads/documents/Rapport%20Al%20Bawsala%202015.pdf ). Some people will find this data as an opportunity to attack the efficiency of the parity law. Even though I believe in this law, I still believe that as long as our work is electing women in the position of power within existing social hierarchies, we should not expect much change. If the grassroots and top political leadership are not considering gender equality as a top priority issue, who will? I call for a vibrant, 21st century feminist movement.

Let me first emphasize the fact that being feminist is not about personal success as a woman - how smart a woman is or how high her job ranking. It is about joining a struggle that allows all women to overcome the structural barriers rooted in society.

Gender mainstreaming should shape the politics of the 21st century, and the feminist movement should and could make it happen. The gender approach can become part of all ministries and institutions by broadening the conversation about gender inequality. It should be expanded to include not only violence against women or women in the private sphere, but also about health policies, public transportation, urbanism, peace and security, A feminist movement should   avoid the “women institutions” that isolate the women’s agenda and leave them without resources and power.

When we bring the broader conversation to the high level of policy and explain the big picture to the public, then gender issues will be taken seriously, from the core of each policy and political decisions to the ordinary, daily institutions’ activities. To do so, a 21st first century feminist movement should educate people about feminism and its objectives. Policy makers know “that it is not just the right thing to do but the smart thing” (Hillary Clinton). To succeed in this mission, feminism should make efforts to rebrand and innovate its own narrative. A 21st century feminism – one that is pragmatic, inspiring, inclusive, and constructive, coupled with a down-to-earth narrative, is capable of attracting both young girls and boys. But both the form and the content are very important.

The Tunisian feminist movement should invest more in research and evidence-based policies to learn how to better face hot-button issues and engage a broad audience in taking our agenda seriously. Gender inequality has to be adopted and promoted by political decisions, so feminism should be a political movement that asks the strategic questions that make a difference. It should also conceptualize and push for more reforms to achieve concrete results. These present-day results will give more credibility to the movement so we can advocate for radical fights for more profound structural changes in the future. It is also very important that the feminist movement embrace diversity. No one and no organization has a monopoly on feminist theory, even though they may share the same vision, paths, and strategies.

Feminism is about advocating for more opportunities for women so they can make their own choices and not be judged. It has never been a fight for what a woman should look like or what she must do. The first step is to stop viewing women as a homogenous group. Although all women suffer from discrimination, their experiences, backgrounds, and values differ, which makes each woman experience and react differently to oppression. This is a very important component to take into consideration. Furthermore, women are divided by social classes, and sometimes this divide allows women to exploit other women. For example, there is still much exploitation of women housekeepers who usually receive low wages. In addition, some women in positions of power, internalizing the patriarchy, close doors of opportunity for other women.

I am confident that we can bring new ideas and energy to the feminist movement in Tunisia. We can work hard to make it stronger, vibrant, and a movement of change. Let’s open the door to a new generation, and let’s present ourselves with pride. I am a proud feminist of the 21st century!

Ikram Ben Said is Fulbright Fellow at the Humphrey School of Public Policies and Public Administration at University of Minnesota. She is also the founder and former President of the Tunisian NGO Aswat Nisaa (Voices of Women).