Why Kenyan men don't want to share power with women

Why Kenyan men don't want to share power with women 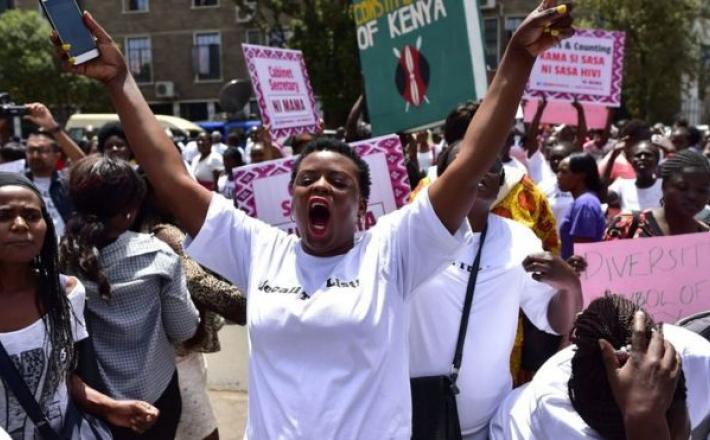 The Kenyan parliament is a tough playground. And just like any other playground, the bigger ones tend to play rough and keep the toys to themselves.

The "boys" in parliament have been doing exactly that, by refusing to share their play area and their toys - or their seats and their political power.

For eight years, women have been pushing for a bigger role in politics through the enactment of a law that would fulfil the requirements of the 2010 constitution, which states that "not more than two-thirds of the members of elective public bodies shall be of the same gender".

But the latest attempt to pass the bill has failed, and now the "boys" and "girls" have gone home on a long holiday, stretching to February.

Gone too is the opportunity - at least for now - to reform the playground, meaning Kenya's parliament continues to lag behind other East African countries in terms of gender balance.

Click here to read the full article published by BBC on 12 September 2018.