Women MPs are the key to progress, says Tasmina Ahmed-Sheikh

Women MPs are the key to progress, says Tasmina Ahmed-Sheikh 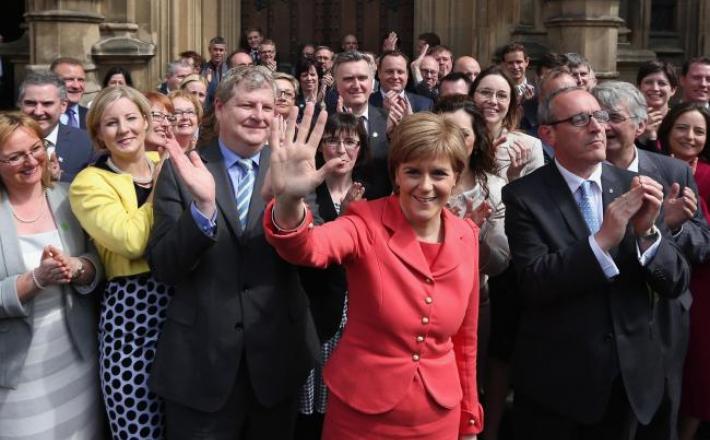 The report published yesterday by the House of Commons’ Women and Equalities Committee on increasing the number of women at Westminster is an important contribution to the debate on how parliament and political parties must both adapt to become more reflective of the people we’re sent here to represent.

By collecting evidence from all political parties at Westminster and a range of experts, the committee has set down a marker to government and political institutions that the status quo won’t be good enough, and further action is needed now if we’re to make progress in pursuing a greater level of gender equality after the next general election.

While most of the media attention given to the report will no doubt focus on the recommendations that legislation may be required to set targets for the number of female candidates, and that parties should be fined for failing to meet these targets, there’s much more to resolving this serious imbalance than these proposals alone.

The key point that this cross-party group have made is that while women make up more than half of the population, the Westminster Parliament still remains unreflective of those communities it’s supposed to represent, and now languishes in the middle of the international league table of parliaments for gender equality. This is not just about creating a “family-friendly” parliament, though that is important, but about improving the democratic process as a whole. That’s why I agree with the findings of last year’s Good Parliament report, which is also quoted in this new study, when it says: “There is a link, albeit not a straightforward one, between ‘who’ is present in our political institutions and the quality and legitimacy of our democratic processes and outcomes”.

Other evidence presented to the Committee demonstrated that women in public office are more likely to promote progressive policies that address the social and economic needs facing disadvantaged groups in our communities, while countries where women are well-represented in public office are also proven to have a lower level of corruption.

If we are committed to a fair political system, one which is trusted by the electorate, we need a more equal representation of women to achieve this.

The next thing that’s clear from the report is the systematic progress that’s been made over the past two decades in improving the represention of women in parliament. As recently as the 1990s less than 10 percent of Members of Parliament were women, while the proportion actually dropped at the 2001 General Election. Now just under 30 percent of MPs are female. The challenge here is that although there’s a lot to commend some parties on their commitment to this issue, others have much more to do. I was particularly struck by the fact that following the 2015 General Election, the SNP have now been responsible for electing more female MPs than the Liberal Democrats and their predecessor parties the Liberals and the SDP have managed in the past hundred years.

So what do we need to do to bridge the final, critical gap towards achieving gender equality in parliament?

Firstly, installing inspiring female role models at the top of politics is certainly part of the jigsaw of solutions, but this isn’t a panacea. Let’s make sure that those of us who have been successful in the current system make a conscious effort to help those women coming through after us. We can’t pull the drawbridge up behind us.

Not only do we need to continue to work with our own parties to support individual female members and internal organisations like the SNP’s Women’s Academy, but we’ve a political responsibility to our constituents to ensure that women across the country are getting a fair deal from the government of the day, something that’s singularly not happening with the current Tory government. Regressive changes to the welfare system, the crisis in the administration of tax credits and the infamous “rape clause” are all specific examples of a wider government agenda that disproportionately disadvantages women. Women must be at the heart of the political agenda.

On top of this, the report quotes from an international report published in October which makes the connection between sexism, harassment and violence faced by women parliamentarians, and the fact that such factors have “a dissuading effect on women’s political engagement in general”. Online harassment and abuse of politicians appears disproportionately to be directed at women, as I know from my own horrifying experience. The police and others are working hard behind the scenes to address this growing threat, but it’s difficult to avoid the conclusion that without a concerted, coordinated attempt by law enforcement and those leading technology platforms like Twitter, the prevalence of online abuse in particular is a growing factor when women are deciding whether or not to pursue a career in public life.