A few remarkable wins for Pacific women in local politics

A few remarkable wins for Pacific women in local politics 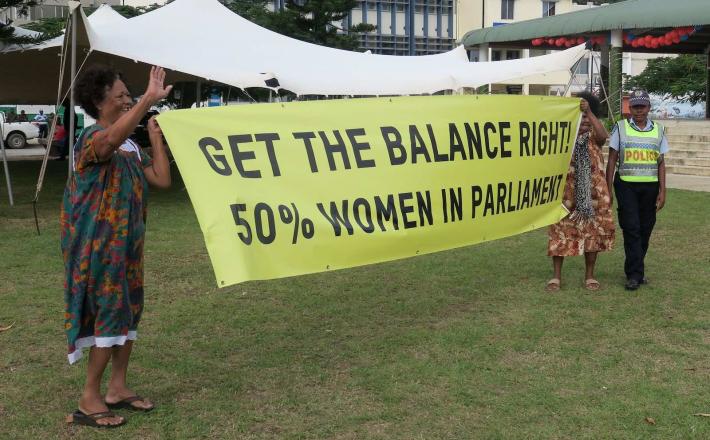 But what is far too often the exception should become the norm.

“A country without a woman MP is not a democratic country”, declared Dame Carol Kidu, Papua New Guinea’s former – and only female – opposition leader, this month.

Dame Carol’s comment refers to the current state of politics in PNG, a democracy, where only seven women have ever been elected to its parliament. Dame Carol is one of them. She had a long, successful career there (1997–2012) including being the only woman and Minister for Community Development for much of her tenure. Preceding Dame Carol were the founding women: Dame Josephine Abaijah, the first woman elected to PNG’s Parliament (1972–82), Nahau Rooney (1977­–87), and Waliyato Clowes (1977­–82).

Click here to read the full article published by The Interpreter on 18 February 2022.