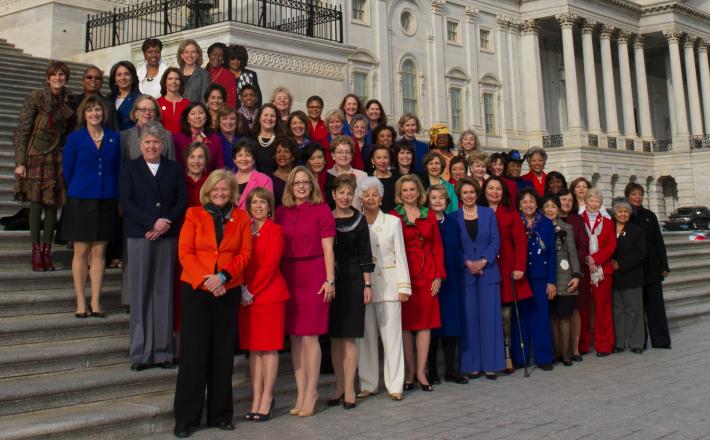 Seeing Kamala Harris, Kirstin Gillibrand, Amy Klobuchar, Elizabeth Warren, Tulsi Gabbard, and Marianne Williamson all vying  — with different platforms — to be the Democratic nominee for president of the United States; Republican Martha McSally and Democrat Kyrsten Sinema squaring up as the first two women to represent Arizona in the U.S. Senate; and center-left Nancy Pelosi disagreeing with “The Squad” of newly minted progressive female congresswomen Alexandria Ocasio-Cortez, Rashida Tlaib, Ilhan Omar, and Ayanna Pressley makes me overjoyed that we live in an age so enlightened that women in politics can take multiple shapes and fight for different things.

I know that increasing women’s representation is no panacea: Just as electing Barack Obama president didn’t catapult us into a post-racial society, elevating more women to positions of power will not suddenly create a world without sexism. But while representation may not be everything, I have come to realize that it truly means something.

Click here to read the full article published by Harvard Politics on 16 December 2019.