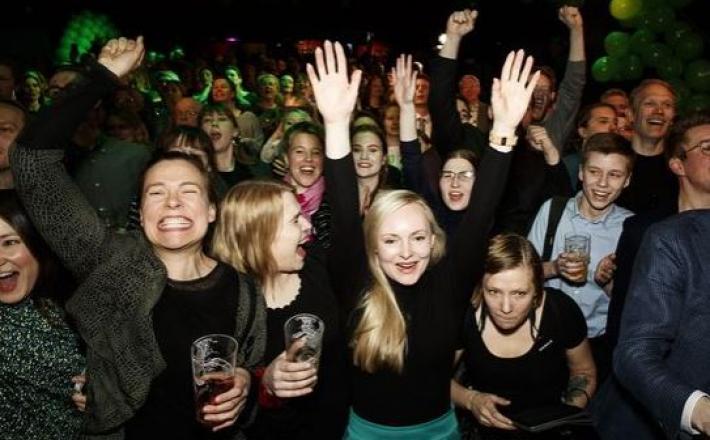 Finland's parliamentary election on Sunday has been touted by some as a victory for "red-green" female candidates. Red-green parties include the Social Democrats, Left Alliance and Greens.

A total of 92 women were elected to national office in Finland this year - nine of them for the first time - making the country's incoming 200-member parliament 46 percent female.

Depending on the source, Finland is generally ranked tenth in the world regarding lawmakers' gender balance, and this election helped to improve gender equality in Finnish national politics.

Now, Finland trails just behind Sweden (by a tenth of a percentage point), a country which also recently saw an increase in females elected to parliament.

Veteran MP Janina Andersson was just 24-years-old when she first won a seat in parliament in the mid-90s, says she was unsure of on-the-job etiquette at first. But she quickly learned the rules after making headlines for breastfeeding her child at Parliament House.

"In 1995 there was no room for babies in politics, but quite quickly the female Speaker of Parliament made arrangements for female MPs with a baby care room for mothers with children. It was a psychological win for me that something so wrong became completely acceptable," she said.

Click here to read the full article published by Yle Uutiset on 16 April 2019.