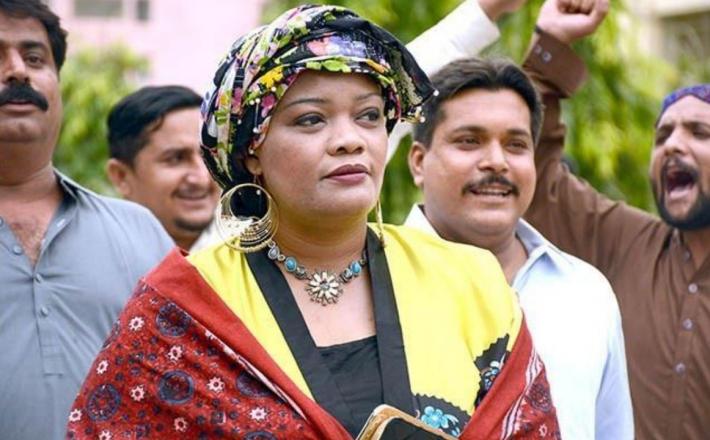 Tanzeela Qambrani (41) created history in Pakistan when she became the first Sheedi Member of Provincial Assembly (MPA) of Sindh Assembly in 2018. Her election to the Sindh Assembly was significant for many reasons.

As the first Sheedi lawmaker, she fought hard to rise above prejudices and discrimination. She was forced out from the position of Chairperson of the municipal council of Matli in Badin district of Sindh by councillors from her own Pakistan People’s Party (PPP). The elite councillors refused to accept  a descendent of former slaves as their leader.

Sheedis (known as Sidis in India)  are Pakistan’s African minority group who trace their ancestry to slaves brought from East Africa to South Asia by Arab merchants between the 8th and 19th century. Sheedia are estimated to be anywhere between 50,000 to  1 million, mostly in Sindh and Balochistan provinces of Southern Pakistan. Sheedis in Pakistan face multiple marginalizations and racial discrimination for their historical ancestry.

From the bitter dehumanising experience in local politics, she worked hard to rise up within the ranks of the PPP and get elected to the Sindh Provincial Assembly. In doing so, Tanzeela Qambrani has not just destigmatised the Sheedi identity but proudly reclaimed it.

Tanzeela Qambrani talks to BehanBox and Women For Politics, about her experiences growing up as a Sheedi,  the dehumanisation in her personal and political life and her fight back. She also talks about her plans for education in Sindh and what the elevation of women politicians like her means for young girls and women in Pakistan.

Click here to read the full interview by Behanbox.