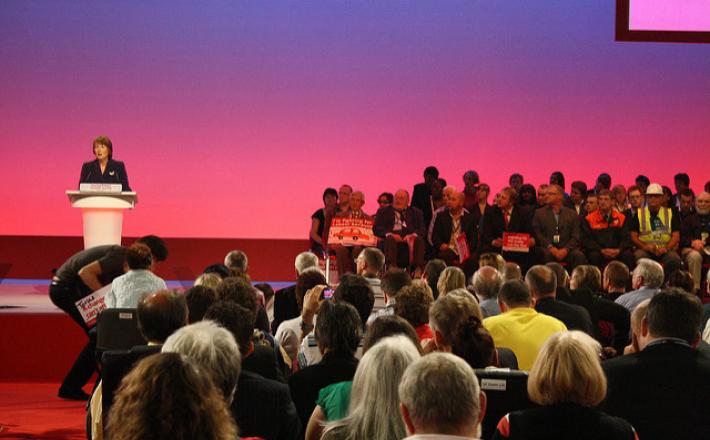 The UK Labour Party has long utilised All-Women candidate shortlists in an aim to ensure that female representation in the House of Commons increases. This has always been controversial, however it has been responsible for a noted increase in the number of female MPs in general and female Labour MPs in particular. Here, Mary Nugent and Mona Lena Krook dispel some of the myths around All-Women Shortlists, and show that gender quotas do not pose a threat to ‘merit’, and that the diversity they have fostered has brought about a number of important democratic outcomes.

Diversifying leadership and ensuring representatives look more like voters is a longstanding issue for political parties: Labour’s shadow cabinet reshuffle earlier this year prompted complaints of women being sidelined in the party, and just this month Liberal democrats announced new provisions to for candidate selection for women and minorities.

All-women shortlists (AWS), Labour’s gender quota policy for MP selection, is the most significant provision to ensure women’s representation in the UK. Introduced in 1993 following the failure of ‘softer’ measures to tackle shockingly low numbers of women in the Labour Party, the AWS policy establishes that at least half of all ‘winnable’ Labour seats are open only to applications from women.

Numerically, the AWS policy has been a great success. It contributed to a doubling of the number of women in the House of Commons when first used during preparations for the 1997 election. Nearly twenty years later, the share of women among Labour MPs is 43%, compared to 21% among the Conservatives and a depressing 0% among the Lib Dems.

Despite these achievements, AWS – as a method of change – remain consistently controversial. Even Harriet Harman, a key architect of the policy and a consistent champion of women, admitted in a speech in 2014 that “no one likes all-women shortlists.”

Yet many of the claims made about AWS have not been subject to systematic analysis, making it difficult to distinguish between “myth” and “reality” in debates over gender quotas in the UK. Seeking to gain some clarity, we identified and empirically tested nine of the most common claims about AWS in our paper “All-Women Shortlists: Myths and Realities,” published recently in Parliamentary Affairs.

We find that not only is there no loss of ‘quality’ associated with the use of gender quotas, but AWS may in fact result in better candidates being selected. The real enemy of meritocracy in British politics is not gender quotas, but rather, unwarranted male dominance. Here we evaluate three of the most common myths associate with AWS.

Vocalizing a sentiment held by many AWS detractors, Edwina Curry has suggested that women elected via AWS are unqualified to be MPs, as “women who’ve come through this route have skipped several steps so their skills may be deficient.”

Criteria regarding the skills and experiences that make someone “qualified” to be an MP are very much debated, with the attributes demanded of elected representatives varying across parties and over time.

At the heart of these criticisms, however, is a belief that AWS promote women who are inexperienced and not yet ready to be in politics.

To test this claim, therefore, we collected data on the number of years in other elected positions – in local, county, regional, or EU politics – prior to entering parliament, comparing women elected via AWS to their non-quota counterparts, male and female, across the three main parties for every parliament from 1992 to 2010.

We find that women elected by AWS were no less experienced than other MPs when they entered parliament. In fact, women elected via AWS tend to have spent more time in a prior elected position than their Labour colleagues, male and female, in every year except 2010.

Interestingly, the data also show that AWS women had significantly more experience, on average, than Conservative MPs, male or female, in every parliament in this period. In 2010, for example, the mean years of prior experience of AWS women was 6.8 years, compared to 4.4 for Conservative men.

Research from other countries helps explain possible reasons for these gender differences. A survey conducted by Fox & Lawless in the United States found that women tend to underestimate their own qualifications, sensing a need to accumulate more experience before they feel qualified to enter politics.

Gender quotas can thus serve a “mobilizing capacity,” as suggested by Geissel & Hust, inspiring qualified women to come forward as candidates and enabling parties to recruit and elect untapped talent. A study on Jordan, for example, shows that introducing a quota drew women into the political arena who would otherwise not have run for office.

Another criticism of AWS questions the diversity of women elected through the policy. Diane Abbott, the UK’s first black female MP, for example, noted at the Speakers Conference on Parliamentary Representation in 2010 that “all-women shortlists have, in effect, been all white women shortlists.”

We test this claim with data obtained from the Labour Party, tracking the share of candidates identifying as black, Asian, or minority ethnic (BAME) at each stage of the selection process in the run-up to the 2015 general elections.

Comparing the selection results in AWS and open seats, we find that the share of BAME applicants in both types of seats was similar, around 20%. However, BAME candidates were much more likely to be selected in the final stage in AWS constituencies: 16% of AWS seats ultimately chose BAME candidates, compared to just 3% in open seat selections.

While earlier elections did result in AWS candidates who were overwhelmingly white, data from 2015 thus indicate that this pattern is changing, with a positive impact on BAME representation overall.

In this case, it appears that efforts by Abbott and others have increased awareness on the need for more diverse representation, enabling AWS – among other instruments – to be a vehicle for encouraging others types of diversity in parliament.

Myth 3: AWS women ‘underachieve’ in the House of Commons

A third common criticism regards the supposed performance of women elected via AWS. During his campaign for Conservative party leader, Iain Duncan-Smith stated, for instance, that “All-women shortlists have not been a success for Labour because instead of getting people who are of high quality, what we’ve actually got in is people who haven’t really performed as politicians for the Labour Party.”

As there is no agreed-upon criterion for measuring the “performance” of MPs, we employed a range of different measures. Drawing on data from TheyWorkForYou and The Public Whip between 2010 and 2014, we examined performance – comparing MPs by gender, AWS status, and party – in relation to five parliamentary activities: writing questions, speaking in debates, attending votes, rebelling against the party, and responding to constituents.

The findings are particularly striking in the area of parliamentary questions. Labour MPs ask more questions than other MPs, but the subgroup asking the most questions by far is women selected via AWS. The contrast is especially striking when compared with the activity levels of Conservative MPs: the mean number of questions asked per year was 78 for women elected via AWS, versus 37 and 33 for Conservative men and women, respectively.

In each of the other four areas of parliamentary behavior, we find that differences between the activity levels of AWS women versus their non-quota colleagues are statistically insignificant.

Our analysis thus reveals that there is no evidence to suggest that women elected via AWS fail to fulfill their duties as MPs – and, indeed, on some measures they are amongst the most actively engaged.

From myths to realities

The most common criticisms of AWS, in short, do not find any empirical support – among these three claims, or the other claims that we examine, in our paper.

Our research indicates that AWS do not facilitate the entry of unqualified women or lead to the election of sub-par MPs. Rather, Labour’s AWS policy has reduced the barriers for well-prepared women to stand as candidates and produced diligent and active representatives.

Quotas thus do not pose a threat to “merit” at any stage of the political process. Instead, fostering diversity has contributed to a host of positive democratic outcomes. The Liberal Democrats should be enthusiastically embracing the move towards all-women shortlists, and the Labour Party should not be apologising for its transformative and effective policy solution.