Gendered violence and the attack on the U.S. Capitol

Gendered violence and the attack on the U.S. Capitol 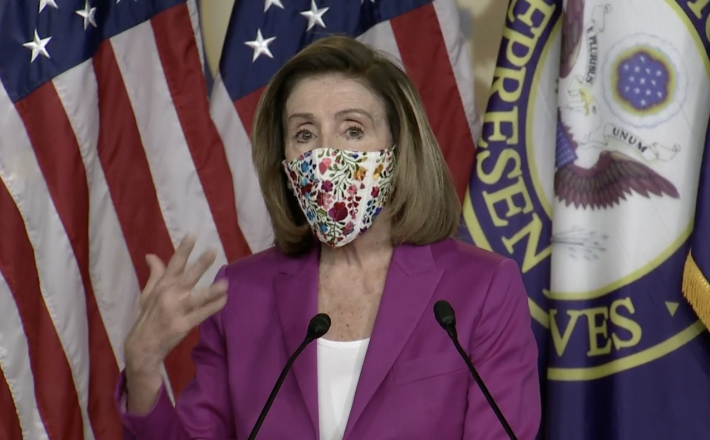 The vandalism and thefts targeting House Speaker Nancy Pelosi last week sought to assail her position as one of the most powerful women in American politics.

Among the many dramatic images emerging from the Jan. 6 attacks on the U.S. Capitol, two in particular stand out to me as a scholar of gender and politics: a photo of Richard “Bigo” Barnett with his feet up on a desk in House Speaker Nancy Pelosi’s office, and a picture of Adam Johnson smiling and waving in the Capitol rotunda with the speaker’s lectern tucked under his arm.

Both images quickly went viral and attracted criticism from various political figures, including Barnett’s own member of Congress and the mayor of his small Arkansas town, who stressed the need to safeguard democratic values. Reactions online from many women, however, took a strikingly different tone, with various posts describing the Barnett photo as “disturbing and galling,” “violating and defiling,” and “triggering AF.”

As I argue in a recent book, violence against politically active women often has multiple meanings. The incidents targeting Pelosi last week did not revolve solely around her status as a Democratic politician and as speaker of the House. The vandalism and thefts—and especially the viral imagery around these acts—also sought to assail her position as one of the most powerful women in American politics.

Click here to read the full article published by MS Magazine on 11 January 2021.