Government responses to COVID-19: Lessons on gender equality for a world in turmoil

Government responses to COVID-19: Lessons on gender equality for a world in turmoil 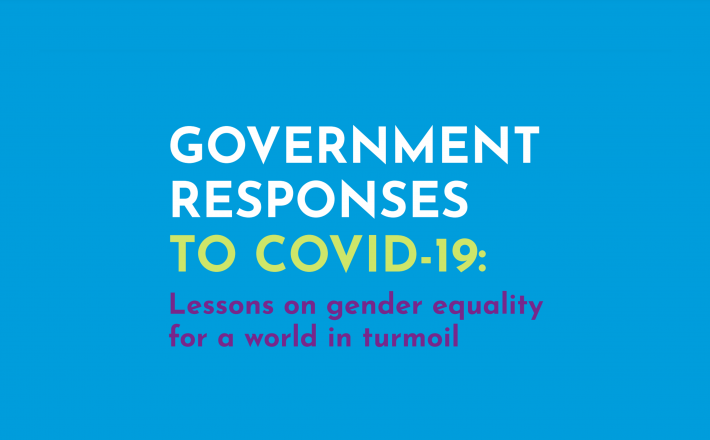 The overlapping impacts of the COVID-19 pandemic, accelerating climate disasters, and geopolitical conflict are a threat to gender equality and women’s rights across the globe. This report from UN Women and UNDP shows what governments can do now to prevent further rollbacks and recover lost ground, while enhancing resilience and preparedness for future shocks.

Drawing on a unique global dataset of close to 5,000 measures adopted by 226 countries and territories in response to COVID-19, the report finds that, overall, government responses paid insufficient attention to gender dynamics. At the same time, instances of innovation and learning hold important lessons for gender-responsive policymaking in times of crisis.

For the first time, the report provides analysis on the factors that led to a strong gender response, generating key lessons for governments: