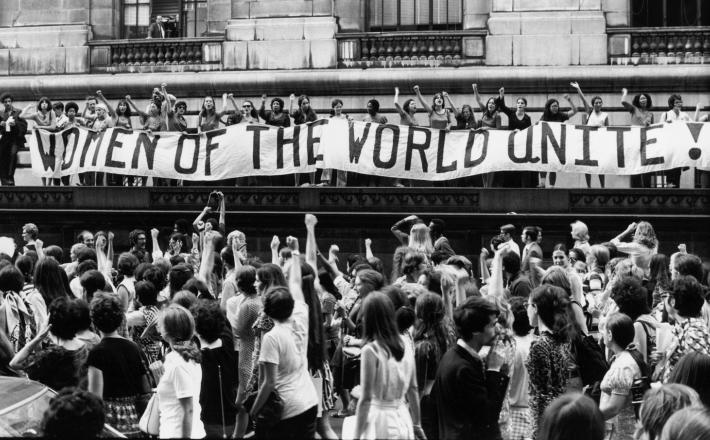 Founded in 1971, the National Women’s Political Caucus (NWPC) is another organization whose focus is electing progressive, pro-choice women to office. The NWPC has chapters in sixteen states and new chapters developing in ten more.

The NWPC offers twenty-five different training programs for women, which cover subjects such as time management, confidence building and online fundraising. They also have a series on how to conduct training sessions for members who are designing their own training course. NWPC has a parity PAC (political action committee), which helps their endorsed clients with their campaigns that people donate to.

WCF offers resources in four areas: expertise, muscle, visibility and resources that range from tip sheets to trainings to individual consultations. They also offer a weekly news brief that covers the news surrounding women in politics. Lastly, WCF is another organization that has a PAC and you can contribute to it here. WCF is best for women who want individualized support when running for office and managing a campaign.

Ignite—founded in 2010 and non-partisan—is probably the most college-related organization on this list, as they have college chapters all around the U.S. These student-run chapters support political activism by encouraging others in their community to register to vote. Ignite also has high school programs in California and Texas and gives high schools the opportunity to license their curriculum to bring non-partisan political activism to their school. Fellowships are offered to students, which are used to launch regional Ignite chapters and gain leadership skills.

Ignite also has a program that guides parents in empowering their daughters. The organization also offers political leadership conferences around the U.S., with the next two being held in New York City, New York and Denton, Texas.

Running Start also hosts a political summit that brings women together to learn about leadership and gain political connections; this event is open to women as young as fifteen and over thirty-five. Women can also sign up to be mentors, in which they support and guide other women through their political journey.

While not strictly reserved for supporting women, the Victory Institute is an organization focused on LGBTQI clients, with the mission of helping those who identify as LGBTQI run for political office. Founded in 1993, the Victory Institute has internship and fellowship programs that allow people to work in the U.S. Capitol, undergo candidate & campaign training or take advanced leadership training.

The NFRW has an extensive list of programs, including scholarships, leadership development, internships and campaign help for women running for office. The group also hosts their Biennial Convention, which allows Republican women to come together to network, get training to help them become better leaders and campaigners and hear from Republican elected officials and leaders.

Deciding whether to run for political office as a woman can be a daunting decision, but with all the organizations and resources available to every kind of candidate out there, running for office is probably easier than ever. With these organizations’ demographics ranging from high school to middle-aged, women of all ages and races can run and hopefully win political office.