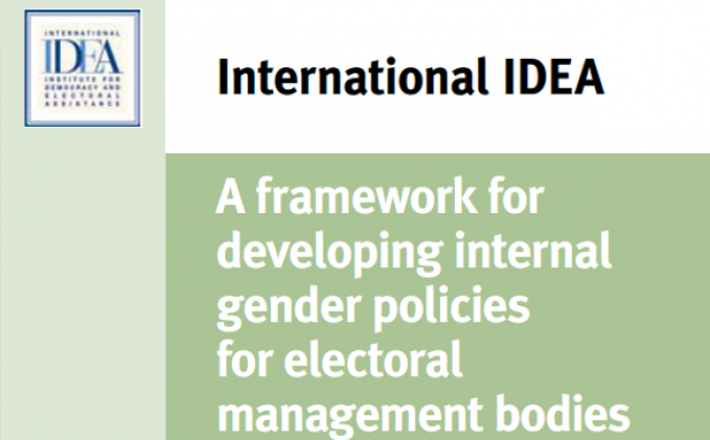 International IDEA has conceptualized this Framework in order to provide an example of the main elements of an internal gender policy for an electoral management body (EMB).

Its purpose is to support EMBs in their aspirations and efforts to create their own internal gender policies in recognition of their mandates and political status in different countries around the world.

Lessons from initiatives involving EMBs in International IDEA Member States, as well as EMBs in other states, show that EMBs recognize that, as key national institutions, they need to address and overcome both internal and external gender inequalities. Such inequalities exist within EMBs’ operations, systems and processes and, more generally, in the management and administration of electoral processes. Despite this recognition, most EMBs have not yet developed explicit internal gender policies.

An internal gender policy is a visible mechanism that addresses a central concern, namely: to what extent does an EMB have an explicit commitment to promote gender equality in its internal systems and processes? Without an institutionalised policy that defines an internal mechanism to address gender inequalities systematically, EMBs’ efforts in this area may be insufficient and inconsistent—or even non-existent.