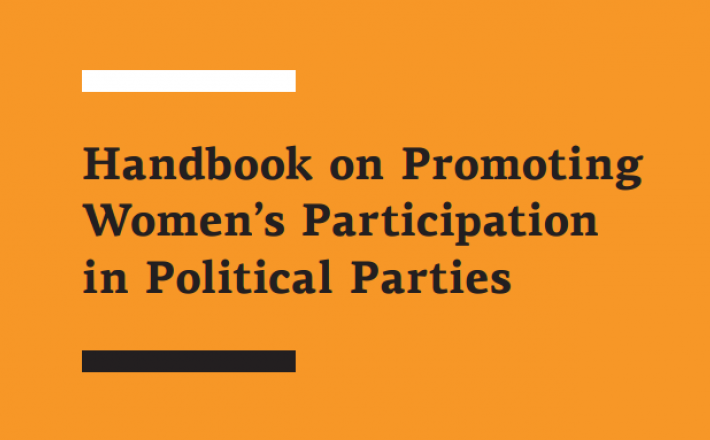 The extent of women’s representation in elected office in any given country is determined by a wide range of factors, including the general progress towards achieving equality of rights and opportunities among women and men in public and private spheres, the choice of political and electoral systems, and the level of institutionalization of – and transparency in – decision-making processes within political parties. Nonetheless, within this complex set of factors, political parties are often referred to as the “gatekeepers” of women’s political participation. Barriers such as direct or indirect gender-based discrimination in party procedures and practices, a lack of gender-sensitivity in candidate selection and outreach, or an inequitable distribution of party resources among candidates are some of the complex challenges faced by women within political parties and, in particular, by women candidates in their electoral campaigns.

This Handbook on Promoting Women’s Participation in Political Parties aims at encouraging political party leaders, men and women alike, to support the integration of gender aspects into internal political party decision-making processes. It also seeks to develop the capacity of women politicians to advance their political careers. The key finding that has emerged during the development of this handbook is that internal party reform is critical to women’s advancement. A lack of internal party democracy and transparency, the absence of gender-sensitivity in candidate selection and outreach, as well as the failure to decentralize party decision-making processes, all inhibit women’s opportunities to advance as leaders within parties and as candidates for elected office.

To this end, the handbook provides a valuable overview of voluntary measures that political parties can adopt to enhance gender equality within party structures, processes, policies and activities, as a means to provide both women and men equal opportunities to participate meaningfully in political life.