Hong Kong elections: the shameful absence of women from politics

Hong Kong elections: the shameful absence of women from politics 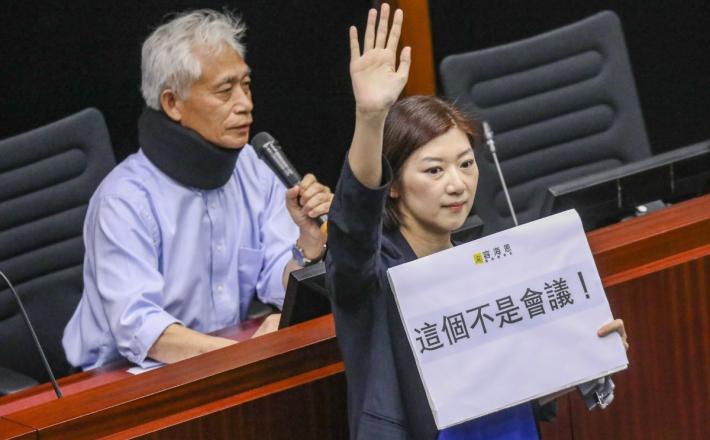 During these times of political polarisation and fragmentation in Hong Kong, there is one thing we can find in common across partisan lines – shutting out women from politics. The future for Hong Kong parliamentary politics is definitely not female.

No, Chief Executive Carrie Lam Cheng Yuet-ngor can’t be blamed for this one. While only 24.6 per cent of all national parliamentarians were women as of February 2019, Hong Kong has consistently fallen below that number. At the end of this legislative term, women’s representation in Hong Kong politics remains below a pathetic 17 per cent.

The United Nations Committee on the Elimination of Discrimination against Women has called on Hong Kong to introduce measures to improve that number. If we don’t see more women sign up to run before the nomination period for the Legislative Council general election concludes on July 31, we are going to reach a new low instead.

So far, we know four female lawmakers – two pro-establishment and two pan-democratic – will not seek re-election and will be succeeded by men. Tanya Chan and Ann Chiang Lai-wan are retiring. Helena Wong Pik-wan was ousted in the opposition primaries held earlier this month, when traditional pro-democratic parties lost ground to radicals and localists. The irony is that Wong is a political scientist who has researched the women’s movement and political participation but has ended up sidelined.