How we can help women in politics overcome the 'cash ceiling'

How we can help women in politics overcome the 'cash ceiling' 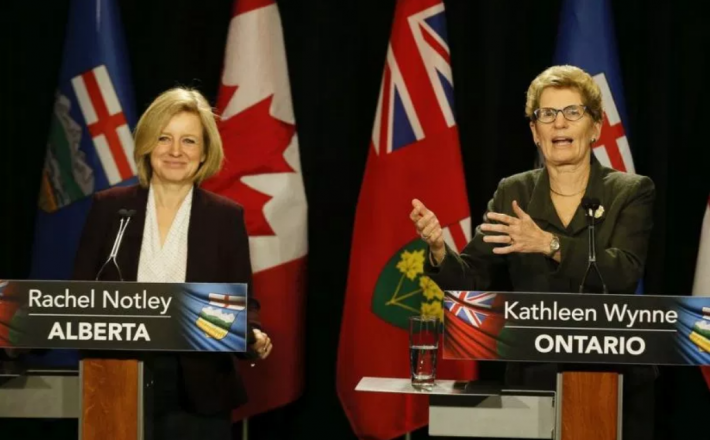 Ottawa recently hosted Canada’s first-ever gathering of female first ministers for a candid discussion of the barriers for women entering and succeeding in politics. While Canada has had more than 300 first ministers in its history, only 12 have been women. Presently, there are none.

Former Alberta premier Rachel Notley, in a keynote speech, highlighted the need for systemic changes, such as affordable child care, to get more women onto the ballot and into elected office. Women still are paid less than men, while also spending more time on unpaid work such as caring for children. The result for many women is less money and time available to pursue political ambitions.

While the “glass ceiling” has long been used as a metaphor for the barriers to women advancing into leadership roles, the “cash ceiling” may be a more accurate description of the obstacles to entering politics. This term was coined by U.S. political scientist Nicholas Carnes, who has written about the under-representation of working-class people in American politics, but it is also relevant to women and other groups who are economically marginalized.

Running an election campaign is time-intensive. To have the best chance at winning a seat, candidates often take time off work to campaign. For low- and modest-income people with rent, student loans, child-care fees, etcetera, foregoing paid employment may not be an option. They may not have savings or a partner to rely on. Election financing rules do not allow candidates to cover these types of expenses from campaign funds, permitting only incremental costs incurred solely as a result of the campaign.

Click here to read the full article published by Edmonton Journal on 18 July 2019.