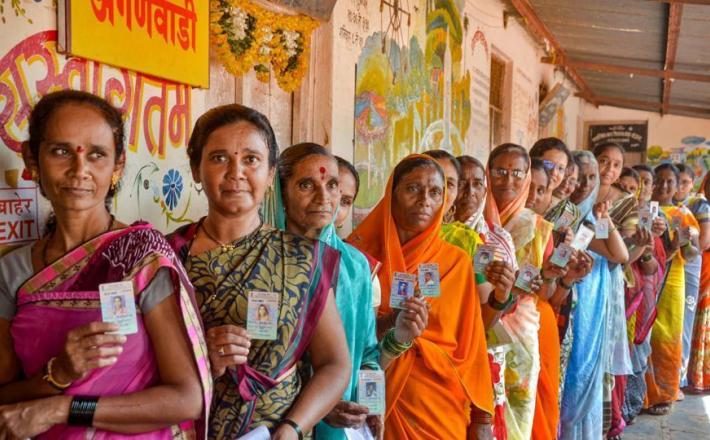 Now that Maharashtra finally has a government, it’s worthwhile revisiting the election result to pick out a few trends that were lost in the din over government formation. Three trends among many in the electoral basket stand out because their significances go well beyond this election.

One, the continued abysmal percentage of women in the political fray is disappointing, to put it mildly. Women candidates formed only 7.3% of the total contestants despite the fact that women voters were a healthy 48.1% of the total electorate and women’s turnout was 59.2%, barely three percentage points below men’s. The new Assembly has only 23 women out of 288 members, again a disappointing 7.9%. It’s a tiny improvement over the last few elections, but nowhere as robust as it could have been. Mumbai returned five women MLAs from its 36 seats – nearly 14%.

Clearly, women were active participants in the electoral process; they registered themselves as voters and stepped out to vote almost as enthusiastically as men did. The logjam seems to be in political parties which do not choose their women to be candidates – unless forced by a law that mandates 33% reservation for women. Many of the women who slugged it out in the electoral arena were legacy candidates with a male elder in the party.

Then, the women who contested followed their party line on gender-neutral issues and chose to skip gender-specific ones. The one gender issue that parties paid lip service to was women’s safety when, in fact, it is not a women-only issue; it’s a larger societal one. The trajectory of gender representation in an election may be upward, but it is a painfully slow climb.

Click here to read the full article published by The Industian Times on 5 December 2019.