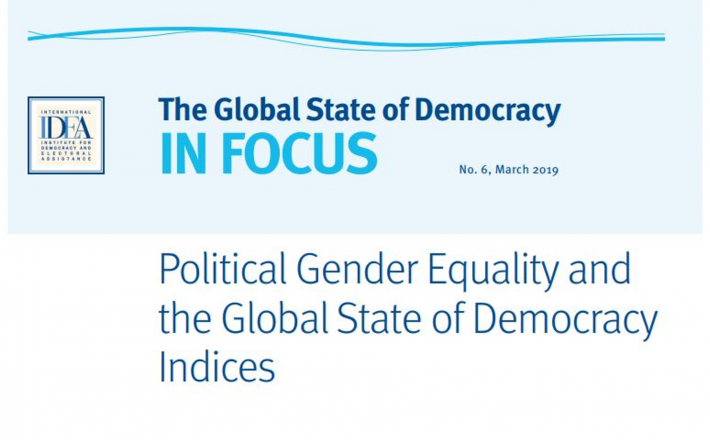 This GSoD In Focus showcases global and regional data around trends in and the progression of gender equality, based on data from the Global State of Democracy (GSoD) Indices. The GSoD Indices are International IDEA’s measurement of democracy for 158 countries between 1975 and 2017.

The political position of women today is better than just 20 years ago. Trends in the GSoD Indices Gender Equality subcomponent show improvement in gender equality in every region of the world. Women are in more positions of political power, are more represented in the political sphere, have higher access to education and less barriers to civil society participation. In 1997, only 3 per cent of countries had a lower chamber legislature made up of more than 30 per cent women; in 2017, this had risen to 28 per cent of countries. These gains should be celebrated, although much progress remains to be made before most countries have a critical minority of women in parliament. Furthermore, progress with women in ministerial positions is slower. Although gender equality is a necessary ingredient for a healthy democracy, some of the countries in the GSoD sample have a high proportion of women in political office coupled with low levels of democratic performance overall. While these countries are often hailed for their high levels of gender equality, these gains need to be analysed critically, as women’s political agency within regimes that have democratic deficits may be limited.